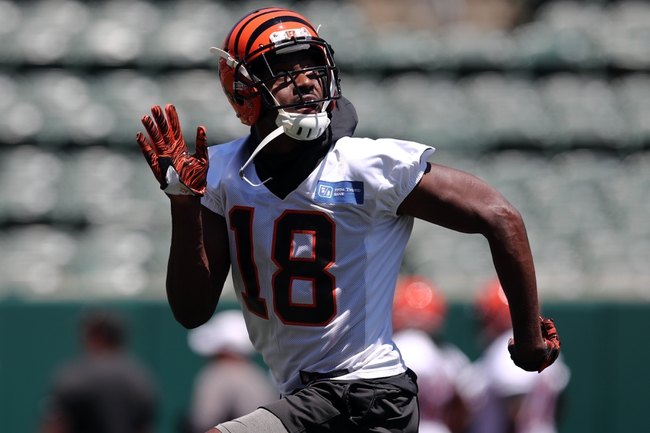 The Cincinnati Bengals and the Washington Redskins will match up in NFL Preseason Week 2 action on Thursday.

The Bengals are coming off a disappointing campaign in 2018, resulting in a 6-10 record and the basement of the AFC North. It was the final season of head coach Marvin Lewis, and the team will move forward with Zac Taylor at the helm this year.

In Cincinnati’s Week 1 preseason action on Saturday, the Bengals were drilled by the Chiefs, falling 38-17.
Over on the Redskins’ side, they finished out of the playoffs as well in 2018, going just 7-9 and logging third place in the NFC East. The Redskins’ season was full of injury last season, most notably to starting QB Alex Smith.

The Redskins kicked off their 2019 NFL campaign with a visit to the Browns on Saturday in preseason Week 1. Washington lost that one 30-10, with QB Dwayne Haskins finishing 8-of-14 for 117 yards and two picks. Case Keenum fared better however, with 60 yards and a TD.

The under is 4-1-1 in the Bengals’ last six Thursday games and head to head, the underdog is 4-0 ATS in the last four meetings between these teams.

The big elephant in the room for the Redskins (among other smaller elephants) is the health status of QB Alex Smith—not to mention backup QB Colt McCoy. Smith has taken on more of a mentorship role and won’t be returning to the field anytime soon, so that leaves a lot of “blah” at the position.

As for Cincinnati, it’ll take a few games to get a feel for what the team is going to look like this season, but they’ve got some major question marks as well. Still, the Bengals should be able to score at all levels much better than the Redskins can right now. I’m going Cincinnati here.