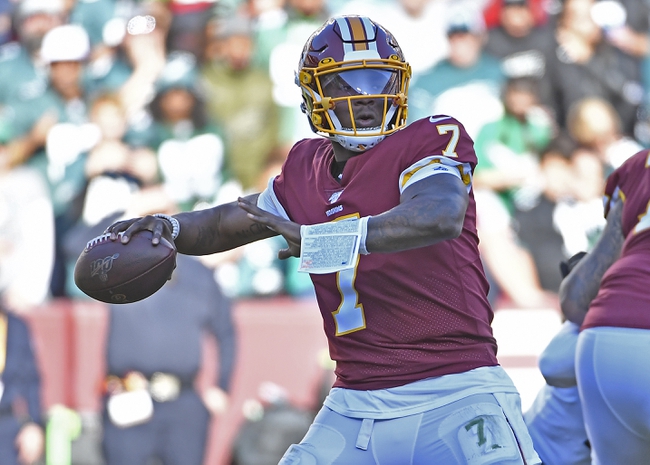 The New York Giants are set to visit FedEx Field in Landover, Maryland for an NFC East clash against the Washington Redskins. The New York Giants come into this matchup with a 3-11 record, and they will be looking to continue their success after winning their recent home game against the Miami Dolphins, 36-20. QB Eli Manning had an inconsistent game through the air for New York as he connected on 20 of his 28 pass attempts for 283 yards, 1 TD, and 3 interceptions. RB Saquon Barkley had a big game on the ground for the Giants as he ran for 112 yards and 2 TDs on 24 carries.

The New York Giants were solid on the defensive side of the ball against the Miami Dolphins as they held them to 20 points and a total of 384 yards of offense. CB Sam Beal led the way for the New York defense with 11 tackles and 1 TFL. The Giants were able to get into the Miami backfield a handful of times as CB Julian Love contributed 2 TFL while DT Dalvin Tomlinson and DT RJ McIntosh combined for 2.5 TFL and 2 sacks.

The Washington Redskins come into this matchup with a 3-11 record, and they will be looking to rebound after dropping their recent home game against the Philadelphia Eagles, 37-27. QB Dwayne Haskins had a solid game through the air for Washington as he connected on 19 of his 28 pass attempts for 261 yards and 2 TDs. WR Terry McLaurin was the top target for Haskins and the Redskins as he hauled in 5 catches for 130 yards and a TD.

The Washington Redskins struggled on the defensive side of the ball against the Philadelphia Eagles as they allowed them to score 31 points and rack up a total of 415 yards of offense. CB Danny Johnson led the way for the Washington defense with 10 tackles and 1 PD. The Redskins were able to get into the Philadelphia backfield a handful of times as DE Jonathan Allen pitched in 2 TFL while LB Ryan Anderson contributed 2 TFL and 2 sacks.

Both of these teams are sitting at the bottom of the NFC East, but this is a divisional game and you can expect a fun matchup between these two teams. The New York Giants are coming off an impressive performance against the Dolphins as they put up 36 points, and they should continue rolling as the Redskins have the 22nd ranked scoring defense. The Giants are missing TE Evan Engram, but they still have a ton of weapons which starts with RB Saquon Barkley who is one of the best in the NFL, and I believe the Giants will continue to establish the explosive back. QB Dwayne Haskins is coming off one of the best games of his rookie season, but the Redskins offense lacks the playmakers to put up a ton of points which has been apparent all season (15.4 PPG). Take the Giants to cover the small spread on the road, but take them to win this one outright.