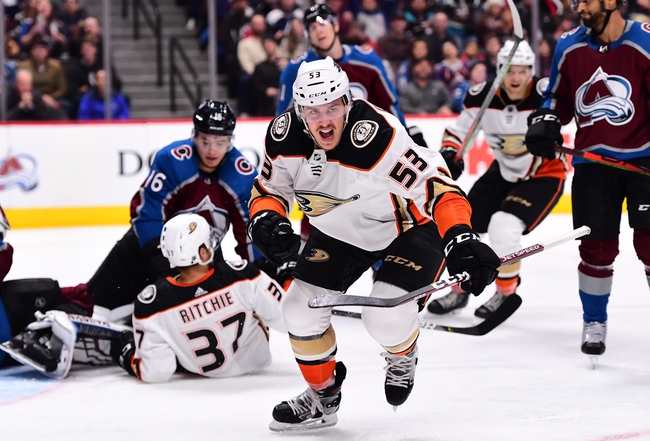 The Colorado Avalanche and Anaheim Ducks meet Friday in NHL action at the Honda Center.

The Anaheim Ducks have had the upper hand over the Avalanche over the years, which includes three straight wins and victories in seven of the last 10 meetings. The problem is the Ducks aren't a good team this year and it seems like their play is getting even worse, especially on the defensive side where they're giving up 4.25 goals per game in their last four contests. I want little to do with the Ducks. If the Colorado Avalanche were to ever get a rare win over the Ducks, now would be a good spot.

The pick in this article is the opinion of the writer, not a Sports Chat Place site consensus.
Previous Pick
Calgary Flames vs. Boston Bruins - 2/21/20 NHL Pick, Odds & Prediction
Next Pick
New Jersey Devils vs. Washington Capitals - 2/22/20 NHL Pick, Odds, and Prediction