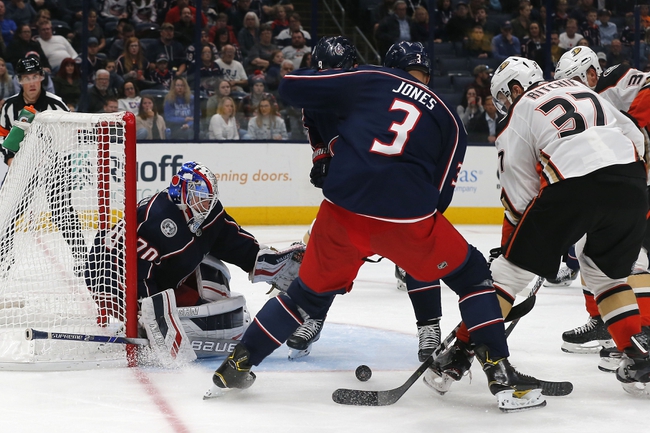 With a 19-15-8 record, the season has been one to forget for the Columbus Blue Jackets. The Blue Jackets head to Southern California to battle the Anaheim Ducks. The Blue  Jackets lost to the Ducks by a score of 2-1 earlier this year and are looking for a win in this game.

Sitting at 16-20-5, the Anaheim Ducks are arguably the worst team in the entire National Hockey League. The Ducks play host to the Columbus Blue Jackets and are playing out the string in hope of landing the number one draft pick in the upcoming NHL Draft.

The Blue Jackets are playing in back to back games here. However, the Blue Jackets  have a decent offense that can play good against very bad defenses in this game here. The Ducks, are just bad no matter who the Ducks have been playing on the year. Look for the Ducks to struggle in this game offensively, but the defense cracks under the pressure. Final Score Prediction, Columbus Blue Jackets win 3-2.