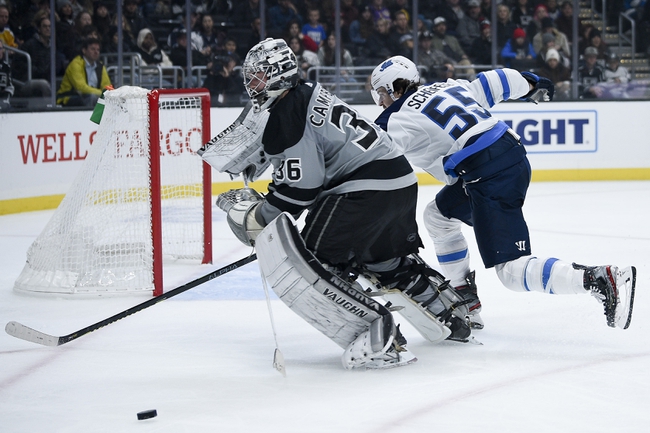 The Los Angeles Kings play the Anaheim Ducks on Monday in Anaheim, California at the Honda Center. The Kings are coming off of a much needed 2-1 win over the Jets. The Kings went out to an early 2-0 by the end of the first period and shut down the Jets, preventing them from scoring a single goal in the rest of the game to hold on for a win and snapping their losing streak.

The Kings win is the sixth win of the last ten games on the season, before this run though, the Kings were very bad. They have a record of 11-14-2 and are dead last in the Pacific Division. The Kings have been absolutely terrible on the road, as they have a record of 2-9-1 away. Anze Kopitar has been extremely productive for the Kings as he leads the team in points (27), goals (10), and assists (17).

The Anaheim Ducks did not defeat the Winnipeg Jets in their recent game against them, unlike the Kings. The Ducks lost 3-0 to the Jets, extending their losing streak to two games as they had just lost to the Arizona Coyotes as well.

The Ducks have only won two of their last ten games this season and are having an extremely bad run as of late. The Ducks are 11-12-4, but they do play their best hockey at home and have that advantage coming into this game. The Ducks are 5-2 at home on the season.

The Ducks and the Kings are both not playing great hockey at the moment, but the Kings are playing slightly better. However, when the Kings play well, it is when they are at home. I still think this game will be close and will come down to whoever does the best in the third period, but I do not think that the game will be all that high scoring. Final Score Prediction, Ducks win, but our best play is under 2-1.