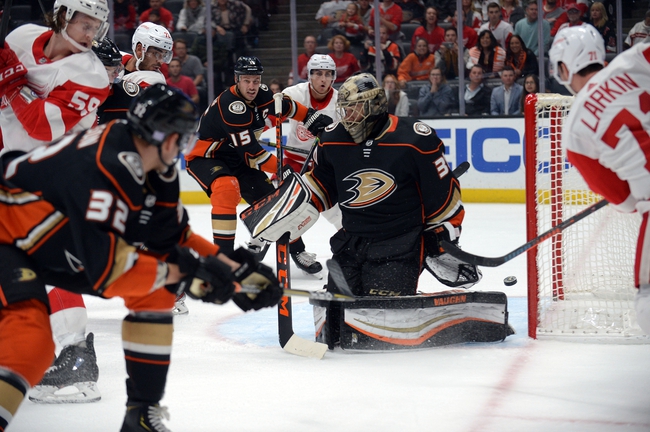 The Sharks have started to look like the San Jose team has had some improvement on the year. However, the Sharks are stilling having some issues in how they have played. The Sharks are heading into the game here after getting a 6-3 win over the Oilers. The Sharks recent win improved their record to 8-10-1 on the year.

Anaheim is coming into the game here with a decent defense, but with an offense that has not really shown up on the year. The last game on the ice for the Duck was against the Red Wings which the Ducks ended up losing by a 4-3 score. The loss on the year pushed the Ducks to a 9-8-2 record.

This year the Duck offense has slipped to only 2.63 goals a game being scored. The defense for the Ducks is giving up only 2.79 goals a game. When it comes to the power play the Ducks have converted at a clip of only 8.2% on the year and have killed off 79.7% of the opponents power plays.

On the year the Ducks have been able to play really well defensively on the year, but the Ducks are having a lot of issues when it comes to the offense. Look for that to continue to be a problem for the Ducks in this game here as the Sharks are able to take advantage of the lack of Ducks offense in the game here. Final Score Prediction, San Jose Sharks win 3-2.