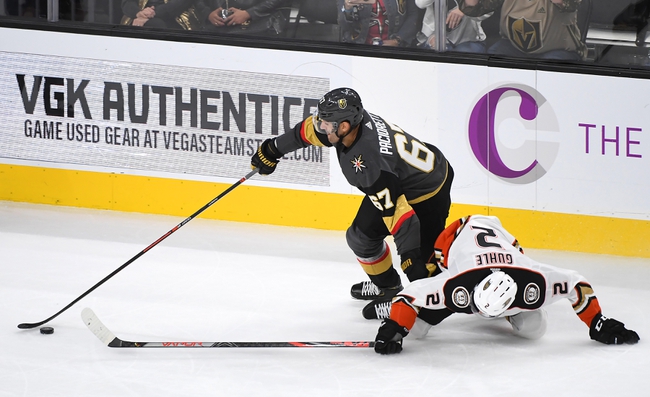 The Anaheim Ducks on coming off of a loss to the New York Rangers, being blown out in their own right like the Golden Knights, losing 5-1 to the Rangers. The Ducks have lost three of their last five games.

Anaheim has struggled to generate an elite offense as they are third-fewest in the NHL in goals scored, while only having a middle of the pack defense. The Ducks are 15-18-4 on the season and are now fallen to the last place in the Pacific Division, being tied for last with the Los Angeles Kings and the San Jose Sharks.

Both teams need a win to try to improve their record and their standings in the Pacific Division, as the gap between fifth and sixth place is eight points, while the sixth, seventh and eights are all tied. Both teams are very similar, but the Golden Knights are 4-0 in the last four meetings in Anaheim. The Golden Knights seem to have Anaheim's number, and I think they will squeak by with another win in Anaheim with this one. Final Score Prediction, Las Vegas Golden Knights win 3-2.