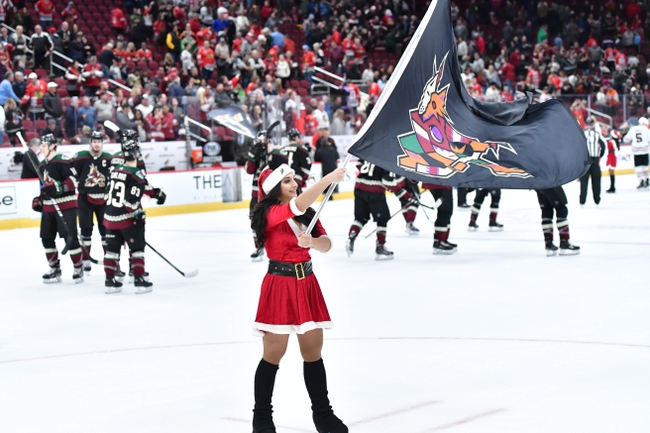 The Arizona Coyotes (26 - 21 - 6) are heading home this weekend to host the visiting Chicago Blackhawks (24 - 21 - 6). Arizona will be hosting this game at the Gila River Arena in Glendale, AZ, where the Coyotes are 12 - 10 - 3 on the season. Arizona comes into this game having lost four straight contests while Chicago has won four of their past five. The Chicago Blackhawks are making a late play at contention in the Central Division, though the odds are long at this point.

The Chicago Blackhawks come into this game with an undoubtedly talented if underperforming roster. Chicago is scoring 3 goals per game behind the electric play of team captain, Patrick Kane (26 goals, 38 assists). Kane will seek to turn the tide against an Arizona team that has already beaten Chicago twice this season. Defensively, Chicago is surrendering 3.08 goals against per game.

The Arizona Coyotes may be struggling, but they certainly have taken care of Chicago this season. Arizona is a slower-paced team that prioritizes getting great shots at the net. Arizona is scoring 2.74 goals per game while surrendering just 2.68 goals against. Arizona will look to make this a grind-it-out kind of game if goalie Darcy Kuemper (15 - 8 - 2, 2.17 GAA) is ready to take the ice after returning from injury. Arizona is led in scoring by Conor Garland (16 goals, 3 Power Play goals).

The Coyotes have flashbacks to last season when Arizona started to struggle on the year. The Coyotes defensive struggles will come out in the game here as the Blackhawks have a surge back with a great offensive showing here. We like Chicago to defeat Arizona in this matchup. Final Score Prediction, Chicago Blackhawks win 4 -3 .