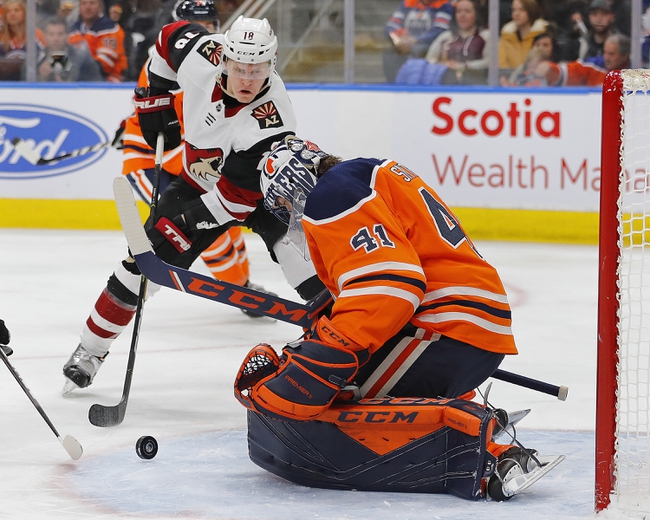 The Edmonton Oilers look for their third straight victory on Tuesday when visiting the desert southwest to play the Arizona Coyotes. The Oilers improved to 28-18-6 and 62 points following their 8-3 victory over the  Calgary Flames. With the victory, Edmonton moved into second place in the Pacific Division just three points behind first-place Vancouver.

Arizona looks to snap a five-game losing streak when hosting the Oilers on Tuesday. Arizona fell to 26-21-7 and 59 points following its 3-2 loss to the Chicago Blackhawks. With the loss, the Coyotes fell to fifth place in the Pacific Division six points behind first place Vancouver.

The OVER has cashed in 4 of the Oilers last 6

Edmonton has had the upper hand on Arizona of late as the Oilers are 6-2-2 head-to-head with Coyotes over their last 10. The Oilers have won four of their last five on the road and five of their last six on Arizona's home ice. Arizona on the other hand has lost each of its last five and eight of its last nine. Final Score Prediction, Edmonton Oilers win 3-2