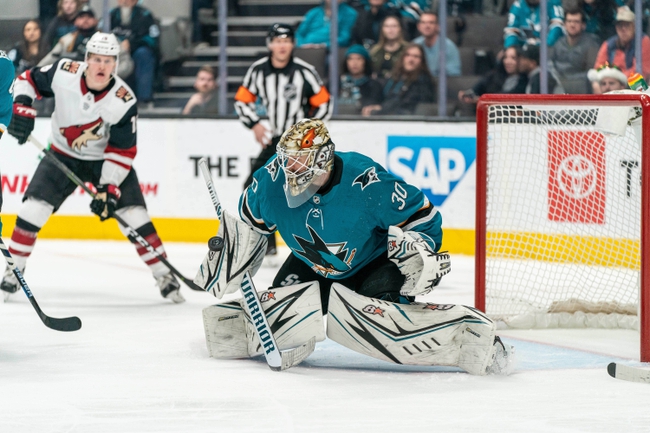 The San Jose Sharks (21 - 22 - 4) are hitting the road for a game against the hometown Arizona Coyotes (25 - 18 - 5). Arizona will be hosting this game at the Gila River Arena in Glendale, AZ. San Jose will be taking the ice having won back-to-back games in their last homestand. Arizona will be looking to cut short their current three-game losing streak with a big victory here.

The San Jose Sharks take the ice with a limited offensive team and a mediocre defense. San Jose is scoring just 2.64 goals per game while surrendering 3.23 goals to opposing squads. Logan Couture (14 goals, 22 assists) leads the team as a dynamic playmaker and he'll be our guy to highlight against Arizona. San Jose will likely be looking to Martin Jones (3.19 GAA, 89% SV) to tend the goal in this matchup. Jones has held opposing teams to just one goal in two of his last three games.

The Arizona Coyotes are pacing the Pacific Division alongside Calgary. A big win here could get Arizona some momentum, so expect the Coyotes to come out with a ton of energy. Arizona is a defensive-minded team that has only allowed 2.54 GA/G to opposing squads this season. Arizona is averaging just 2.74 GF/G behind the play of Nick Schmaltz (7 goals, 28 assists) and Conor Garland (15 goals, 3 Power Play goals). Arizona has the advantage on both ends of the ice with only their own team momentum holding the Coyotes back.