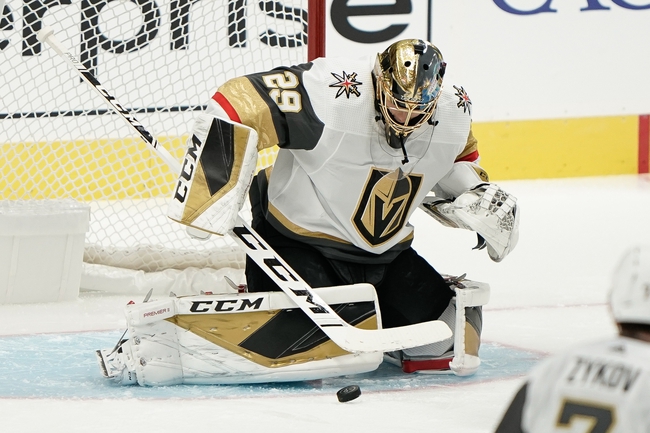 The Vegas Golden Knights look to bounce back from a loss when they visit the desert southwest to play the Arizona Coyotes on Thursday. The Golden Knights fell to 2-1 on the season following a 4-3 loss to the Boston Bruins on Tuesday. Reilly Smith, Max Pacrioretty and Mark Stone each scored for the Golden Knights. Marc-Andre Fleury stopped 31 shots in net. Vegas squandered an early 2-0 lead.

Reilly Smith leads Vegas in goals scored with three. Mark Stone is the assists leaders with four and points leader with six. Marc-Andre Fleury is 2-1-0 with goals against of 2.02 and saves percentage of .935. Vegas is scoring an average of 4.00 goals per game while allowing an average of 2.00 per game.

Arizona fell to 0-2 on the season following its 1-0 loss to the Boston Bruins in Saturday. The Coyotes had a short breakaway by Vinnie Hinostroza stuffed by the Bruins and Michael Grabner was stopped on a mini-breakaway while short-handed. Darcy Kuemper made 23 saves in net for Arizona in the loss.

Arizona cannot score. The Coyotes have two goals through two games with two scored in one loss and they were shutout in the other. Arizona is 1-7 in its last 8 as a dog and has lost 4 of its last 5 overall. Vegas on the other hand has won 10 of the last 14 on the road as the favorite and each of the last 4 versus opponents from the Western Conference. Final Score Prediction, Vergas Golden Knights win 3-1