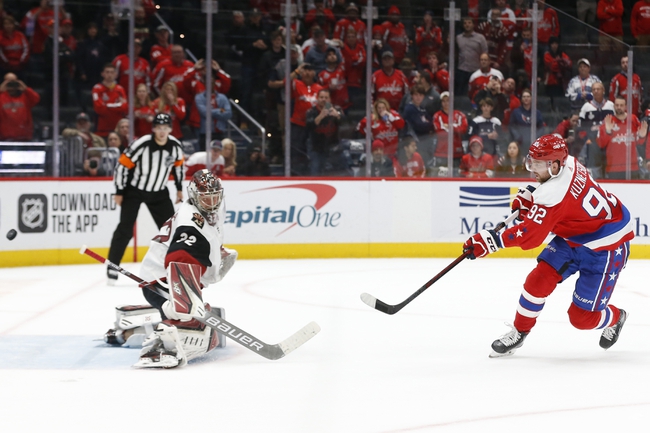 The Washington Capitals and Arizona Coyotes meet Saturday in NHL action at the Gila River Arena.

The Arizona Coyotes have won five of the last eight meetings against the Capitals, so I guess that's why this line is showing some respect to the home team. Other than that, I'm not sure why the Caps are such low priced, as they're playing great hockey, have shown they can win anywhere and are the second most profitable team in the sport currently. The Arizona Coyotes are falling apart rather quickly and haven't provided much recent value in the underdog role. I'll take the reasonable price and the Capitals on the road.