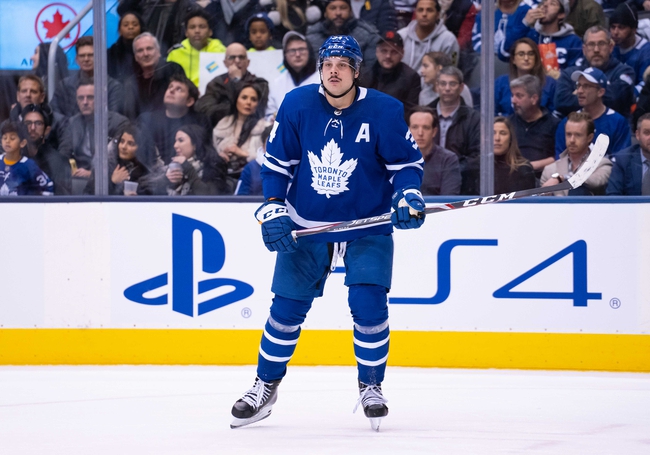 The Arizona Coyotes are set to visit Scotiabank Arena in Toronto, Ontario for a cross-conference clash against the Toronto Maple Leafs. The Arizona Coyotes come into this matchup with a 27-23-7 record, and they will be looking to rebound after dropping their recent road game against the Boston Bruins, 4-2. Phil Kessel and Jakob Chychrun had a productive game for the Coyotes as they each recorded a goal. Vinnie Hinostroza and Clayton Keller were both able to add to their point total by recording an assist. The Arizona Coyotes were edged out by the Boston Bruins in the shot department (33-31).

The Arizona Coyotes struggled at keeping the Boston Bruins off the scoreboard as they allowed them to score 4 goals on 33 shots. The Coyotes starting goaltender Adin Hill struggled in the crease as he recorded 29 saves which pushed his season save percentage to .918 and GAA to 2.54. The Arizona Coyotes were edged out by the Boston Bruins in the faceoff circle (28-26).

The Toronto Maple Leafs come into this matchup with a 29-19-8 record, and they will be looking to rebound after dropping their recent road game against the Montreal Canadians, 2-1 in OT. John Tavares was the lone Toronto player to record a goal in this game while Alexander Kerfoot and Zach Hyman pitched in an assist. The Toronto Maple Leafs were edged out by the Montreal Canadians in the shot department (30-23).

The Toronto Maple Leafs have a very talented roster, but they have underperformed this season as they have only totaled 66 points, but they will have a chance to get back on track against an Arizona team that is only 2-5-3 in their last 10 games. The Maple Leafs have a very good group of centers with Auston Matthews, Mitch Marner, and John Tavares as the trio is combining for 174 points, and they lead one of the top-scoring teams in the NHL as they average 3.60 goals per game which is good for 2nd in the league. The Maple Leafs have dealt with their fair share of injuries at goalie as they have started 4 different goaltenders, but Jack Campbell has been solid in his 2 starts as he is 1-0-1, and he is slated to start against the Arizona Coyotes who ranks 22nd in scoring. The Maple Leafs have had the majority of their success at home with a 14-7-7 record, and they will continue their success here.