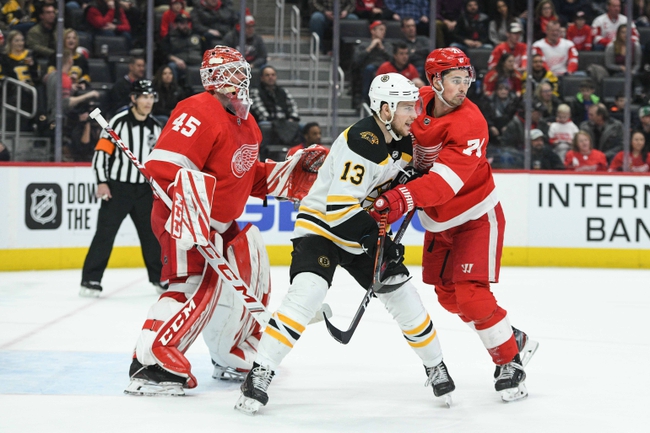 The Detroit Red Wings and Boston Bruins meet Saturday in NHL action at the TD Garden.

The Boston Bruins should win this game and there's no real reason to consider backing the Detroit Red Wings in their current form. However, the Red Wings have won each of the last five meetings against the Bruins, which includes a 3-1 win over them last week. The Red Wings have outscored the Bruins 13-6 in the last three meetings. The Bruins should win and early games usually favor the home team, but I'll take a shot at the big plus money based on the history.