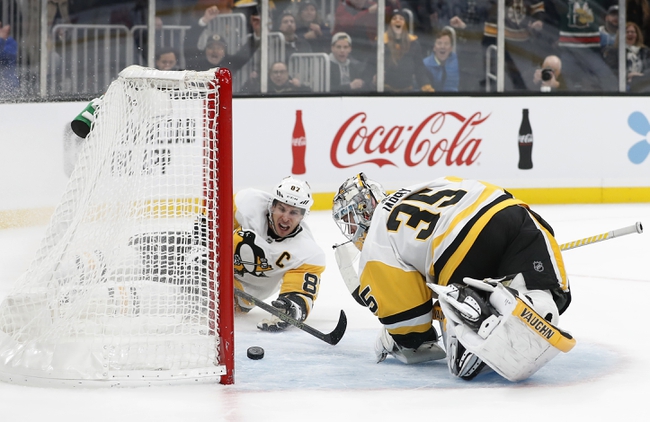 The Penguins may have been without some of their star power, but it does not seem to have slowed the Penguins down at all this year. The Penguins have went 4-1 in their last 5 games on the year. The most recent game on the ice was a 7-3 win over the Minnesota Wild. The win allowed the Penguins to improve to 29-12-5on the year and moved the Pittsburgh squad to 4 points behind Washington.

Boston is coming into the game here with a shut out loss to the Blue Jackets and possibly with the loss of Rask who left the Blue Jackets game with a concussion. The Bruins are3-2 in their last 5,but lost the last 2 games. The Boston team is sitting on a 27-9-12 record overall.

The Boston offense has been able to do decent this year with a total of 3.38 goals per game. When it comes to the defense the Bruins have allowed a total of 2.51 goals a game. The power play for Boston has converted at 28% on the year and the penalty kill is sitting at 83.5% on the year.

The Penguins are heading into the game here playing great hockey, but are facing a struggling Bruins team as of late. Look for the Bruins struggles to continue as Rask may not be available in the game here. The Penguins take advantage of that fact and with the stronger and surging offense are able to bring home the win here. Final Score Prediction, Boston Bruins win 5-2.