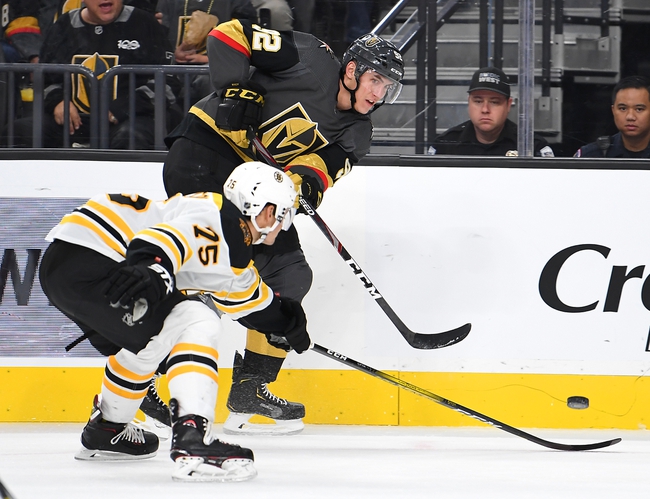 The Vegas Golden Knights have quickly dropped all the way down from first place in the Pacific Division to fourth place in the division due to their inconsistency. However, a few wins and the Golden Knights can skyrocket back up the standings as quickly as they fell, as they are only one point away from the top, but they will need to find the form that they had last month and continue their winning streak.

The Boston Bruins are coming off of a loss to the Pittsburgh Penguins, as the Penguins got revenge on the Bruins, due to Boston defeating Pittsburgh in the game prior.

The Boston Bruins are one of, if not the best team in hockey right now. The Bruins have a record of 28 - 10 - 12 on the season. The Bruins are number one in the Atlantic Division and have one of the best rosters in the NHL, led by David Pastrnak, who has 70 points this season, and Brad Marchand, who has 44 assists this season.

The Las Vegas Golden Knights could easily defeat the Boston Bruins, due to being able to play up to the competition. However, the Golden Knights are also a ridiculously inconsistent team right now, while the Boston Bruins are more of a consistent team throughout the season. The Bruins aren't playing their best hockey as of late, and Vegas could have caught them at the right time, but I still think that the talent that Boston has, they win this game at home. Final Score Prediction, Boston Bruins win 4-2.