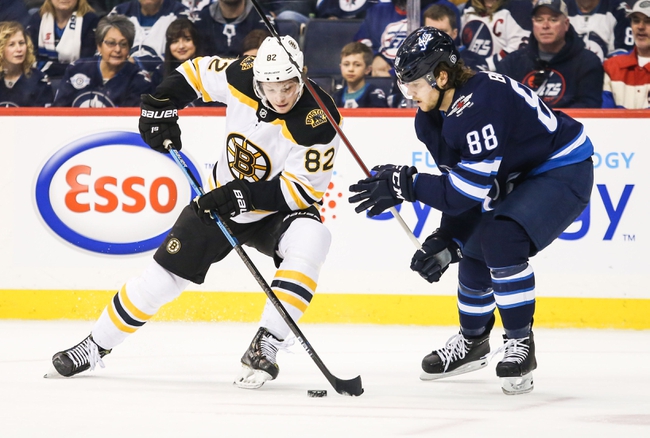 The Winnipeg Jets are taking to the road this Thursday as they face off against the hometown Boston Bruins. Winnipeg will be coming into this matchup on the second night of a back-to-back set. The Boston Bruins are coming off of a blowout win over Nashville and you know that the Boston fans in attendance will be rooting for another one. If Winnipeg wants to turn their season around, the Jets need to start racking up wins now.

The Winnipeg Jets will be hitting the ice with the crowd against them. Winnipeg will also be banged up, having lost several defenders to injured reserve already this season. Winnipeg will look to Connor Hellebuyck (19 - 12 - 4, 2.69 GAA) to tend to the net in this game. Hellebuyck has been solid this season, and he'll look to continue against an elite Boston offense. Winnipeg is scoring 3.05 goals per game while surrendering 3.02 goals against.

The Boston Bruins will march home in pursuit of another victory to better control the Atlantic Division. Boston has Tampa Bay breathing down their necks and every win counts. Boston is scoring 3.33 goals per game behind the elite play of David Pastrnak on offense. Defensively, Boston will have the spectacular Tuukka Rask (16 - 4 - 6, 2.29 GAA) in the net. Rask has been great of late, winning three of his past four outings while never giving up more than 3 goals.

The Jets have had a decent run, but now the Jets face a very good Bruins team. Look for the Bruins to have some good runs in the game here and the Bruins offense is able to show up well enough to take advantage of what has surprisingly been a bad Jets defense. Final Score Prediction, Boston Bruins win 5-2.