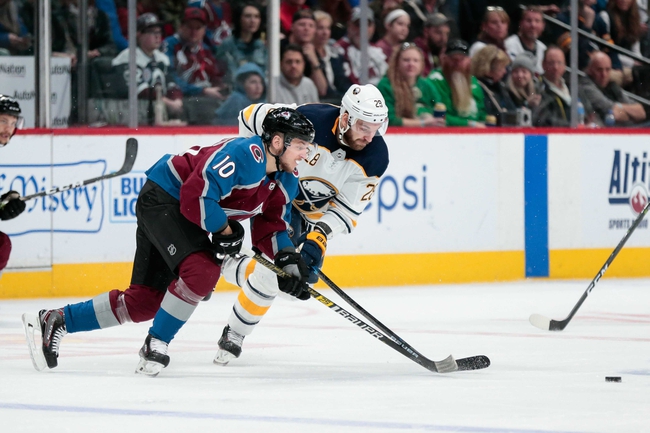 The Colorado Avalanche goes to Buffalo, New York, to take on the Buffalo Sabres at the KeyBank Center on Tuesday. The Colorado Avalanche are coming off of a loss to the Philadelphia Flyers, which snapped a three-game winning streak the Avalanche were on, defeating the San Jose Sharks, St. Louis Blues, and the Detroit Red Wings. The Avalanche outscored their opponents 15-6 in their win streak.

The Colorado Avalanche are 28-16-6 on the season and are second in the Central Division. A big reason why they are so good is that they outscore most teams. Colorado Avalanche is fourth in the NHL in goals scored and is still in the top ten in goals allowed, showing their balance and strength. Colorado is, of course, lead in goals, points, and assists by superstar Nathan MacKinnon, who has been on an absolute tear of the season. Mackinnon is currently fourth in the NHL in most points this season with 72.

The Buffalo Sabres are coming off of a win over the Columbus Blue Jackets, snapping a three-game losing streak.

The Buffalo Sabres are 23-22-7 on the season. The Sabres are sixth in the Atlantic Division with 53 points so far. Jack Eichel leads the team in points, goals, and assists for the team, which has propelled him to an NHL All-Star Game selection. The Sabres also have a decent defense, ranking 16th in the NHL in goals allowed, but need to generate more offense going forward.