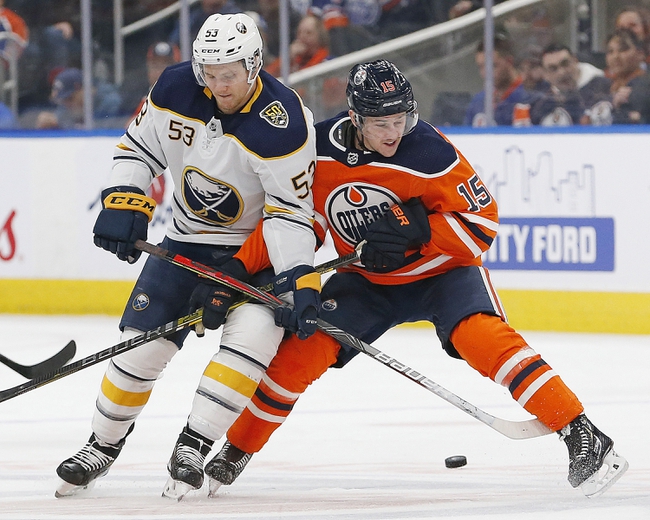 The Edmonton Oilers take on the Buffalo Sabers on Thursday at KeyBank Center in Buffalo, New York. The Edmonton Oilers are coming off of a win over the New York Rangers in an insanely high scoring game, winning 7-5 and snapping a two-game losing streak.

The Edmonton Oilers are 21-17-4 on the season, and now they are fourth in the Pacific Division at the moment. They do have Conner McDavid, who is one of the best in the league, but recently, he hasn't been enough to get the Oilers wins. McDavid was selected to the NHL All-Star Game this year.

The Buffalo Sabers are on a four-game losing streak, losing to the Ottawa Senators and twice to the Boston Bruins, and the Tampa Bay Lightning. The Sabers have only won one game in their previous five games.

The Buffalo Sabres are sixth in the Atlantic division at the moment, as they fell from the second spot during their losing streak, with a record of 17 - 17 - 7. The Sabers have a terrific scorer in Center Jack Eichel, who leads the team in all of the major offensive categories. Eichel leads the team in points (52), goals (24), and assists (28). However, Eichel has only scored one point in the last four games. Jack Eichel did make the All-Star Game selection this year.

The Buffalo Sabers are certainly playing some of their worst hockey of the season, and the Edmonton Oilers, who have had similar play to the Buffalo Sabers, look to be back on track after their last game. Both teams have a star on the season, with the Oilers' McDavid and the Sabers' Eichel. However, I do think that Edmonton has a better superstar, and they look to be back on track as one of the best teams in the NHL. Final Score Prediction, Edmonton Oilers 5-3.