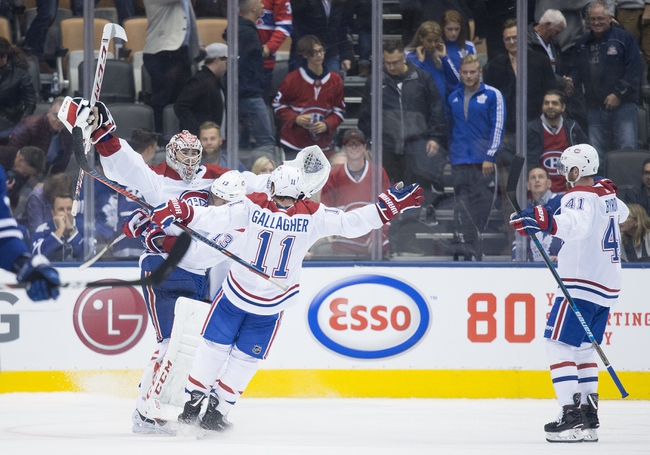 The Montreal Canadiens are going to face the Sabres who have surprisingly been playing really well on the year. What else is impressive for the Sabres is their one loss on the year was an overtime loss on the road and that was a game that the Sabres definitely had their hands full with because of the way the Blue Jackets were pressing in the game.

The Sabres are heading into the game here with 5 goals a game being scored. The team has been able to get a total of 38.5 shots on goal. The Sabres defense has given up a total of 1.50 goals a game on the year, but have faced a total of 24.5 shots a game.

The Sabres have a chance to bounce back after the loss they had recently to the Blue Jackets. What really helps the Sabres out in this game, though, is the fact that the Canadiens defense is so bad that almost anyone can score on them and score often. Look for that to be the Canadiens down fall in this game as the Sabres offense is good, but their defense controls the Canadiens offense. Final Score Prediction, Buffalo Sabres win 5-3.