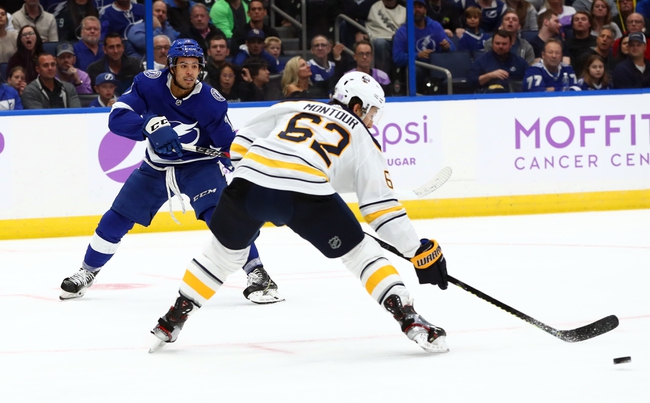 The Tampa Bay Lightning are going to Buffalo, New York to take on the Buffalo Sabers on Tuesday at the KeyBank Center. The Lightning is coming off of a three-game winning streak crushing the Panthers 6-1. The win snapped a two-game losing streak, losing to the Dallas Stars and the Washington Capitals in the process. The Lightning leads the season series against Florida 2-1 at the moment.

The Lightning is 20-13-4 on the season and sixth in the Atlantic Division. The Lightning having Steven Stamkos back, is finally getting back to who they were expected to be when the team is healthy. The Lightning had one player elected to the NHL All-Star Game, which was Defender Victor Hedman.

The Buffalo Sabers are on a three-game losing streak, losing to the Ottawa Senators and twice to the Boston Bruins in their last two games. The Sabers have only won one game in their previous five games.

The Buffalo Sabres are fifth in the Atlantic division at the moment, as they fell from the second spot during their losing streak, with a record of 17 - 16 - 7. The Sabers have a terrific scorer in Center Jack Eichel, who leads the team in all of the major offensive categories. Eichel leads the team in points (52), goals (24), and assists (28). However, Eichel has only scored one point in the last four games. Jack Eichel did make the All-Star Game selection this year.

Both teams are playing the exact opposite levels of hockey right now. The Tampa Bay Lightning have found their form now that they are healthy and are on a three-game winning streak, while the Buffalo Sabers are on a three-game losing streak, and are not getting the most out of their best players at the moment. I think that now, Tampa Bay should be considered the better team, and I believe that the Lightning will win this one. Final Score Prediction, Tampa Bay Lightning win 5-3.