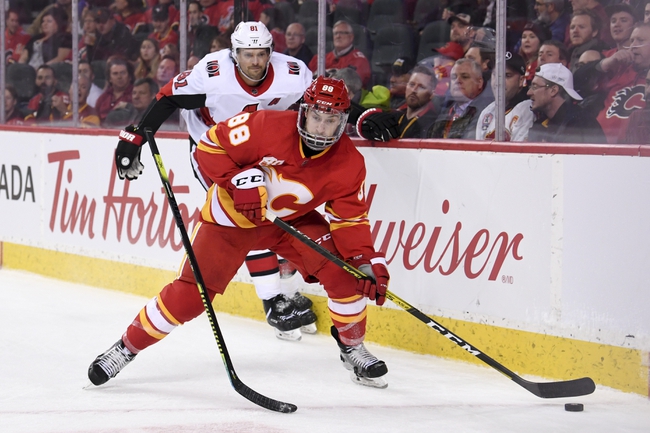 The Buffalo Sabres are having a decent season at the moment as they are 13 - 10 - 5 on the season. The Sabres are led by Jack Eichel who leads the team in points, goals, and assists. The Sabres have only won two of their last five games, and isn’t that great at away, but with an incredible victory like they had against New Jersey, this may give Buffalo the confidence that they need to become a more dangerous team.

The Calgary Flames are coming off of a two-game winning streak, last beating the Ottawa Senators 3-1.

Calgary is 13 - 12 - 4 on the season and are third lowest in the Pacific Division. Calgary aren’t terrible team, but they do fail to find the net as often as most teams. Calgary average to 2.41 goals per game, which is second-lowest in all of the NHL. If Calgary is able to find a rhythm on offense, they can actually be a dangerous team, but they need to find someone that they can rely on to be a dynamic score.

Both teams are playing pretty well in the last few games, but I think that Buffalo is the more talented team and ultimately they will take this against Calgary. Final score prediction, Buffalo Sabres win 4 - 2.