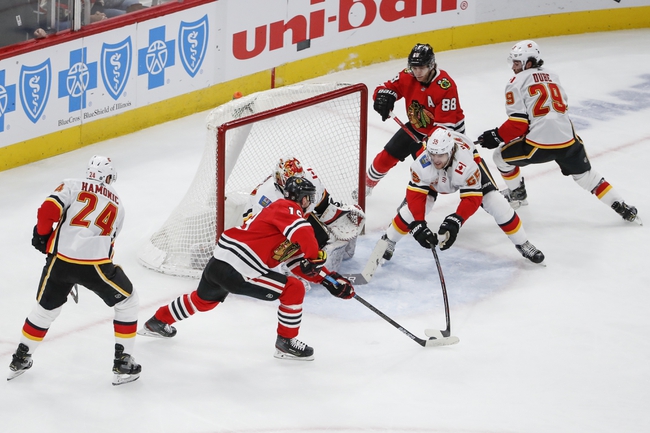 The Chicago Blackhawks and Calgary Flames meet Saturday in NHL action at the Scotiabank Saddledome.

As quickly as the Chicago Blackhawks became a nice little team that had success in the underdog role, they drop five straight and the defense goes back to full struggle mode. The Calgary Flames have had issues stringing wins together lately, but they seem due for a breakout home victory and have won seven of the last eight meetings against the Blackhawks. This is a game the Flames should win on their home ice.