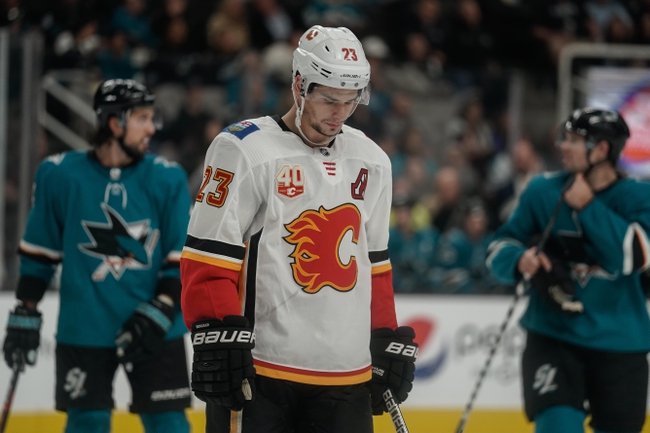 The Philadelphia Flyers were solid in keeping the Vancouver Canucks off the scoreboard as they held them to 2 goals on 24 shots. The Flyers starting goaltender Carter Hart had a good game in the crease as he recorded 22 saves which pushed his season save percentage to .938 and GAA to 1.62. The Philadelphia Flyers were dominated by the Vancouver Canucks in the faceoff circle, 34-27.

The Calgary Flames struggled in keeping the San Jose Sharks off the scoreboard as they allowed them to score 3 goals on 20 shots. The Flames starting goaltender Cam Talbot struggled in the crease as he recorded 17 saves which pushed his season save percentage to .850 and GAA to 3.16. The Calgary Flames were edged out by the San Jose Sharks in the faceoff circle, 33-28.

The Calgary Flames have struggled to open the season as they have dropped 4 of their 6 games, but they are clearly the more talented team in this matchup. The Flames have one of the most electric young players in the NHL as Johnny Gaudreau has already put up 7 points, and he should find success against a Flyers team who has been on the road for 2 of their 3 games this season. The Flames should be able to give enough support to their struggling goalies on their home ice, and they will even out their record with a win.