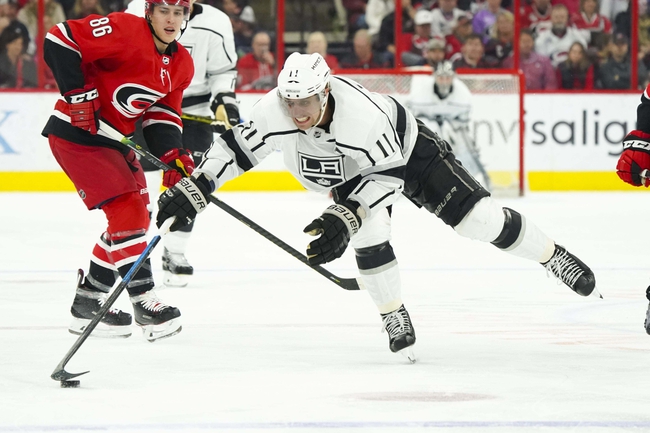 The Los Angeles Kings go to Raleigh, North Carolina, to take on the Carolina Hurricanes on Saturday at the PNC Center. The Kings are coming off of a victory over the Vegas Golden Knight. The win snapped a three-game losing streak that saw the Los Angeles Kings lose to the Nashville Predators, Columbus Blue Jackets, and the Dallas Stars.

The Los Angeles Kings are 18-24-4 on the season and are finding it difficult to find a rhythm on offense as Los Angeles only scores 2.56 goals per game. The defense hasn't always been there this season as the Kings, on average, give up 3.11 per game, which is the 22nd in the NHL. Anze Kopitar leads the team in all major offensive categories with the most points, goals, and assists.

The Hurricanes are coming off of a win over the Philadelphia Flyers, winning the game in overtime off of a Dougie Hamilton goal. The win snapped a two-game losing streak that the Hurricanes were on. However, the Hurricanes have still won three of their last five games, and have done well recently.