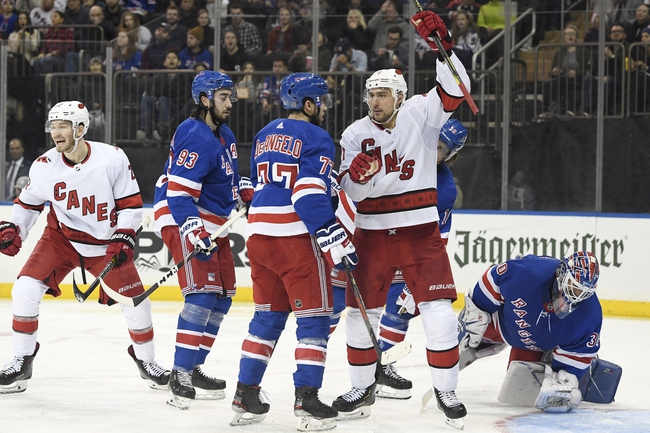 The New York Rangers and Carolina Hurricanes meet Friday in NHL action at the PNC Arena.

I mentioned a few days ago that the New York Rangers are a team to watch going forward given the improved defense, and all they've done since is win games and are now the most profitable team in the sport. The Carolina Hurricanes are playing great as well and are always a tough out at home, but they've also lost four straight to the Rangers and eight of the last 10 meetings. I'm still on the Rangers bandwagon. Give me the plus money.