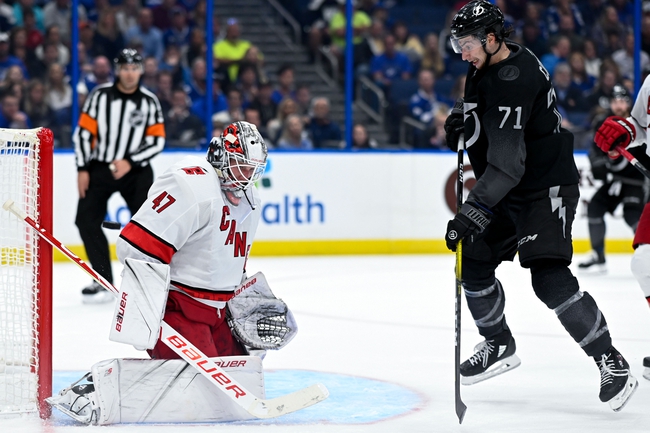 The Tampa Bay Lightning take on the Carolina Hurricanes in Raleigh, North Carolina on Sunday at the PNC Arena. The Lightning has back to back, playing the Ottawa Senators on Saturday and then travel all the way to North Carolina to take on the Carolina Hurricanes. The Lightning is coming off of a five-game winning streak, last defeating the Montreal Canadiens and have also beaten the Buffalo Sabres, Detroit Red Wings, Montreal Canadiens again as well as starting the win streak by crushing the Panthers 6-1.

The Lightning is 22-13-4 on the season and third in the Atlantic Division. The Lightning has done very well on offense, scoring the second-most goals per game in the NHL, averaging 3.54. The Lightning is also very good on defense as they had one player elected to the NHL All-Star Game, which was Defender Victor Hedman.

The Hurricanes are coming off of a loss to the Washington Capitals. The loss snapped a two-winning streak that the Hurricanes were on.

In their last two meetings this season, the Carolina Hurricanes have won both games. Carolina also has the considerable advantage of not playing back to back games, and getting some rest, as Tampa Bay has to deal with a demanding travel schedule and back to back games. I think that rest will play a significant factor in this game, and I think because the Hurricanes will be rested and ready to go, they will win this one close. Final Score Prediction, Carolina Hurricanes win 5-4.