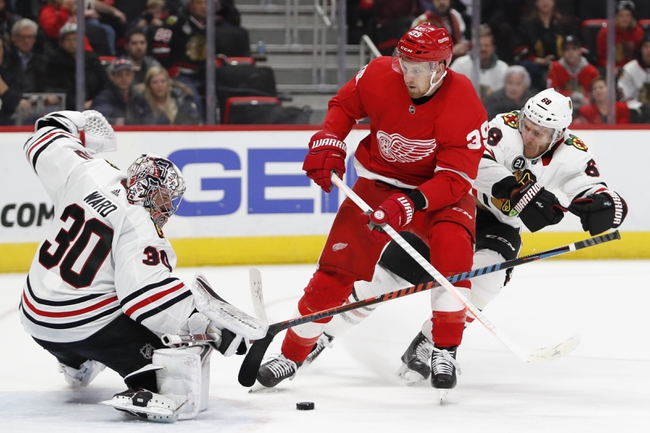 The Red Wings have been incredibly terrible, resulting in a 10-29-3 record, the worst record of any team in the NHL. The Red Wings have the lowest goals per game average, averaging a low 2.14 goals per game and allowing a league-high 3.81 goals per game. Nothing is going right for the Red Wings, and it seems to only positive from this season has been Left Winger Tyler Bertuzzi, who was selected to his first All-Star Game this year and leads the team in points, goals, and assists at this point in the season.

Chicago Blackhawks are coming off a loss to the Vancouver Canucks in a high-scoring match up that saw the Blackhawks lose in a 7-5 game. Before that, the Chicago Blackhawks were on a three-game winning streak and were looking like a different team.

The Chicago Blackhawks are 18 - 18 - 6 on the season, and are still last in the Central Division, but have the opportunity to skyrocket up the division if they can string a few wins together. The Chicago Blackhawks are led by their star Patrick Kane, who once again leads the team in points, goals, and assists. Kane was once again selected to the NHL All-Star Game for what is his ninth appearance in his career.