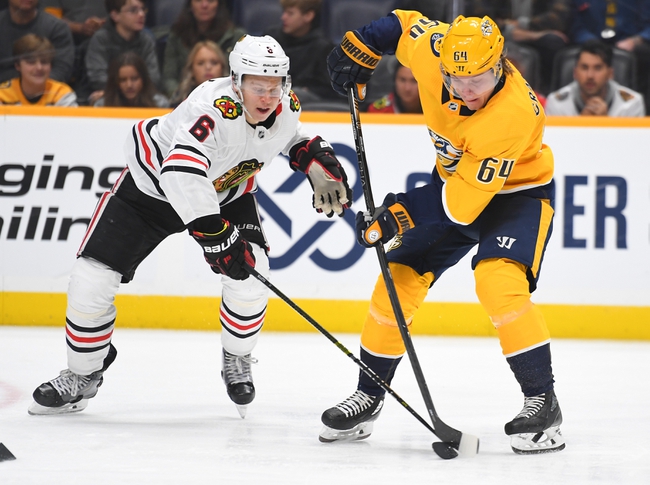 The Nashville Predators go to Chicago, Illinois, to take on the Chicago Blackhawks on Thursday at the United Center. The Predators are on a two-game losing streak, losing to the Anaheim Ducks and the Boston Bruins. The Predators have only won one game out of their last six games.

The Predators are 19-16-7 on the season and are sixth in the Central Division, with 42 points.
Nashville is sixth in scoring this season, which could be seen as odd as their highest-scoring player is Defender Roman Josi, who has 45 points with 14 points and 31 assists. Josi was announced as a selection for the NHL All-Star Game this week, Josi was the only Nashville player selected so far.

The Chicago Blackhawks are coming off a loss to the Calgary Flames. The Blackhawks still have won three of their last five games recently.

The Chicago Blackhawks are 19 - 19 - 6 on the season, and are still last in the Central Division, but have the opportunity to skyrocket up the division if they can string a few wins together. The Chicago Blackhawks are led by their star Patrick Kane, who once again leads the team in points, goals, and assists. Kane was once again selected to the NHL All-Star Game for what is his ninth appearance in his career.

Whoever wins this game will be higher than the other in the standings for the Central Division. That should give some more pressure to this game. I think currently, the roster that the Nashville Predators have constructed is a better one than the Chicago Blackhawks. However, Nashville has been terrible in their last ten games, and if there are not able to win this game, I think that it's going to start looking terrible for Nashville going forward. I believe Chicago has been better lately, and they will steal a victory in this one. Final Score Prediction, Chicago Blackhawks win 3-2.