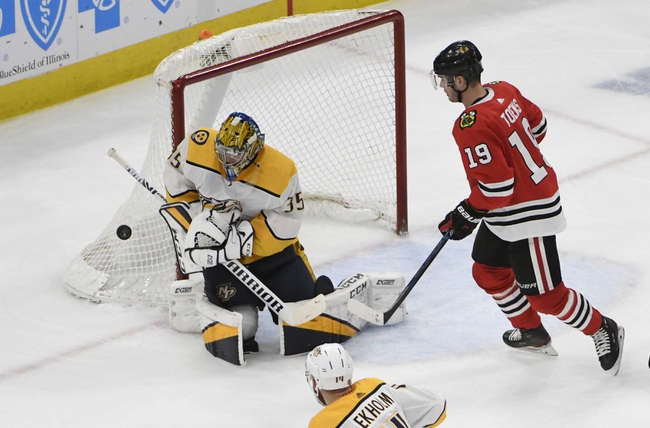 The Nashville Predators and Chicago Blackhawks meet Friday in NHL action at the United Center.

The Chicago Blackhawks appear to be running out of gas and are back to playing leaky defense which has led to a lot of these losses over the last two weeks. But instead of picking a side, I'll lean toward the over, as five of the last seven meetings between the Predators and Blackhawks have produced seven goals. The over has cashed in four of the last five meetings between these clubs. The last five meetings are averaging 6.2 goals. Give me the over.