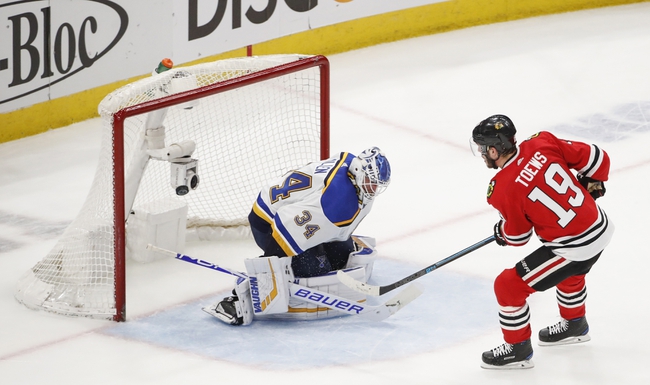 The St. Louis Blues are on the road for a matchup with the Chicago Blackhawks.  The Blues are (17-5-6), coming off a 5-2 win over the Pittsburgh Penguins.  The Blackhawks are (10-11-5), after falling 7-3 to the Colorado Avalanche.

In the Blues win over the Penguins, St. Louis had goals from: Justin faulk, Nathan Walker, Ivan Barbashev, Mackenzie MacEachern, and Jaden Schwartz.  The Blues were out shot by the Penguins, 31 to 27.  St. Louis did out hit Pittsburgh, 14 to 13.  Blues goalie Jordan Binnington picked up the win, stopping 29 of 31 shots on goal.

Blackhawks are 2-6 in their last 8 vs the Central.

Blackhawks are 1-5 in their last 6 overall.

The under is 4-1 in Blackhawks last 5 home games.