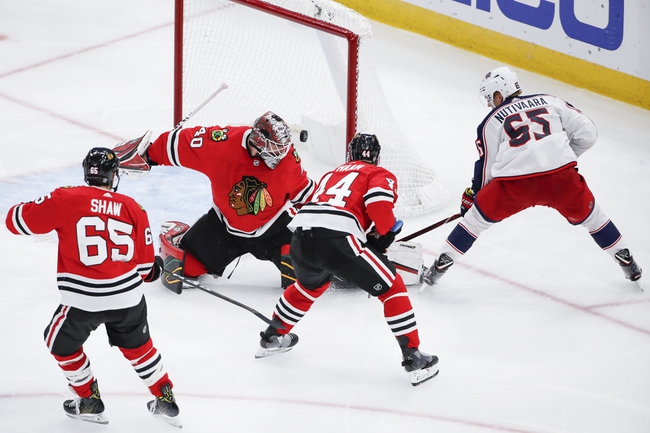 The Washington Capitals were solid in keeping the New York Rangers off the scoreboard as they held them to 2 goals on 28 shots. The Capitals starting goaltender Braden Holtby had a good game in the crease as he recorded 26 saves which pushed his season save percentage to .862 and GAA to 3.83. The Washington Capitals were edged out by the New York Rangers in the faceoff circle, 28-27.

The Chicago Blackhawks come into this matchup with a 2-2-1 record, and they will be looking to continue their success after winning their recent home game against the Columbus Blue Jackets, 3-2 in OT. Alex DeBrincat had a solid game for the Blackhawks as he contributed 1 goal and 1 assist while Patrick Kane pitched in 2 assists. The Chicago Blackhawks were edged out by the Columbus Blue Jackets in the shot department, 39-33.

The Washington Capitals once again look like a contender in the Eastern Conference as they currently sit 1 point out of 1st place, and they will continue to assert their dominance against a team who has failed to find their identity. The Capitals have had some questions in the net this season with Braden Holtby, but they have a ton of scoring to make up for the deficiencies. John Carlson has been at the top of the point leaders all season as he has contributed 17 points thus far, but we can’t forget about Ovechkin, Oshie, and Backstrom.