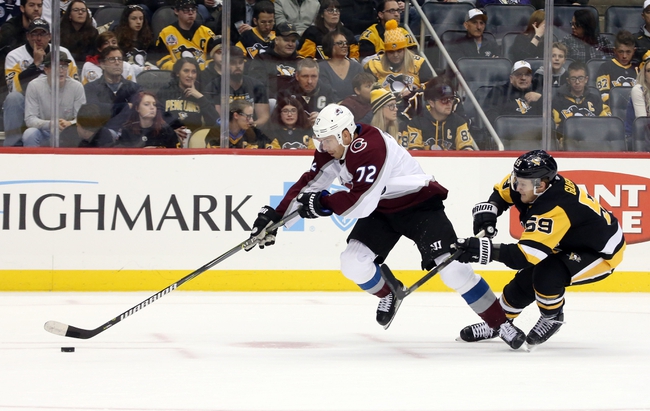 The Pittsburgh Penguins travel to Denver, CO on Friday for a game against the Avalanche in a matchup of teams from the Eastern and Western Conference.  In their last game, the Penguins defeated the Vegas Golden Knights by the score of 4-3.  Pittsburgh received goals from Patric Hornqvist, Evgeni Malkin, Dominik Kahun and Brandon Tanev on their way to the win.  Pittsburgh goalie Tristian Jarry recorded the win in net, making saves on 31 of 34 Vegas shots on the night.

On the year, the Penguins are 26-12-5 and are currently in 3rd place in the Metropolitan Division. Jake Guentzel leads the Penguins in points with 43 and goals with 20 so far this season.  Evgeni Malkin leads the Penguins in assists on the year with 28.  Pittsburgh has received strong goaltending on the season from both Matt Murray and back up, Tristian Jarry.  On the year, Murray is 12-6-4 with 1 shutout and a 2.92 goals against average, while Jarry is 14-6-1 with 3 shutouts and a 2.04 goals against average. The Penguins currently have 3 players listed on their injury report as Sidney Crosby and Justin Schultz are on injured reserve while Sam Lafferty is listed as day to day.  All while Jake Guentzel is out for the season.

The Colorado Avalanche welcome the Pittsburgh Penguins to town on Friday night after losing their game to the New York Rangers by the score of 5-3.  Colorado received goals from Nathan MacKinnon and 2 goals from J.T. Compher.  Colorado goalie Philipp Grubauer got the start in net and recorded the loss as allowed 4 goals on 28 of New York’s shots on the night.

With the loss against New York, Colorado is now 25-15-4 and is in 3rd place in the Central Division.  Nathan MacKinnon leads the Avs in points with 65, in goals with 26 and in assists with 39.  MacKinnon is clearly Colorado’s most dangerous player and is someone that opposing teams must be aware of at all times.  Colorado goalie Pavel Francouz is 11-4-1 with a goals against average of 2.32.  Goalie Philipp Grubauer is 12-10-3 with a goals against average of 2.92. Colorado comes into Friday’s game with 2 players listed on their injury report as Valeri Nichushkin is listed as day to day while Joonas Donskoi is listed as out.