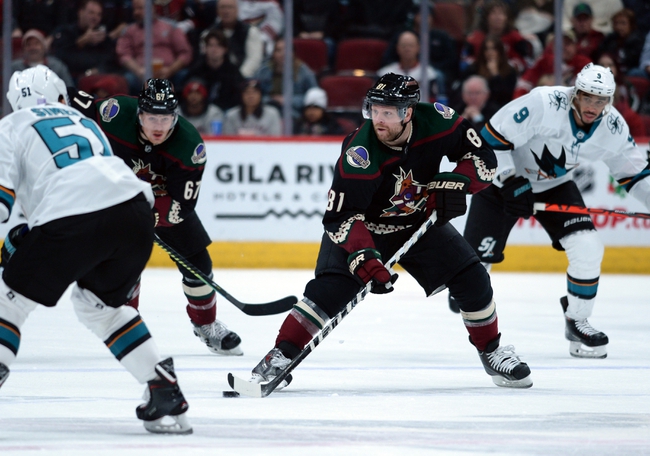 The Arizona coyotes go to Columbus Ohio to take on the Columbus Blue Jackets on Tuesday at Nationwide Arena. The Arizona Coyotes are on a two-game losing streak, losing to the San Jose Sharks most recently in a score of 2-4. The Sharks’ Logan Couture scored two goals for himself, helping provide the Sharks with a win over the Coyotes.

This two-game losing streak is not usually what Arizona is used to this season, as Arizona is second in the Pacific Division standings at the moment, with a record of 15-9-4. Much of their success has to do with their goalkeeper Darcy Kuemper, who has the best goals allowed average in all of the NHL, only allowing an incredible 1.97 goals per game.

Columbus is 2-3 in their last five games, and lastly losing to the New York Islanders 2-0. Although the Blue Jackets have not had a great run of form this season or in the last five games, they did beat there are travel Pittsburgh Penguins, and likely the fans are happy enough with that.

Columbus have found it very difficult to score at the moment, averaging only 2.54 goals per game. Their Center Pierre-Luc Dubois is their highest point-getter with 18 points on the season, which isn't all that impressive compared to many other NHL teams. Columbus’ disappointing season has resulted in a record of 11-11-4, and they sit second to last in the Metropolitan Division.

Columbus Blue Jackets lead the season series at the moment against Arizona, beating them 3-2 in their only game against each other this season. The Blue Jackets scored in every single period. It'll be interesting to see if they can repeat that kind of form in this one. Arizona is the better team and I think it makes more sense to take them in this one, but I think it'll be closer than most expect. Final Score Prediction, Arizona Coyotes wins 3-1.