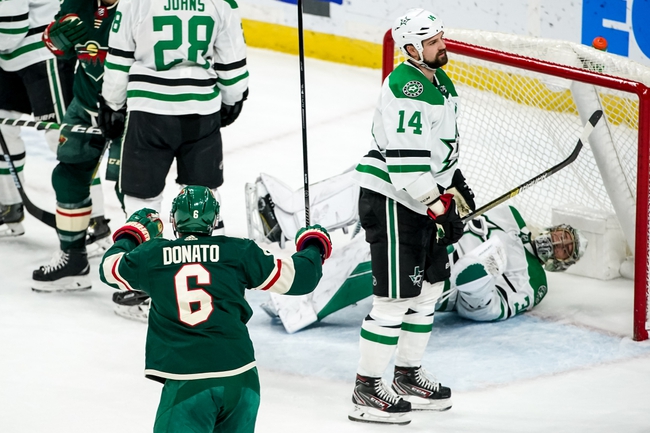 The Minnesota Wild go to Dallas, Texas, to take on the Dallas Stars on Friday at the American Airlines Center. The Minnesota Wild are coming off of a win over the Chicago Blackhawks, and have been up and down as of late, as they have won three of their last five games but have not gone on a winning streak in their previous five games. The Wild defeated the Stars in a phenomenal victory for Minnesota just five games ago, beating the Stars 7-0.

The Wild hasn't had a remarkable season so far, having a record of 24-22-6. The Wild find themselves middle of the road offensively, but are one of the worst teams in the league in defense, allowing the sixth-most goals this season.

The Dallas Stars are coming off of a loss to the New York Islanders in their last game, snapping a two-game winning streak, defeating the New Jersey Devils and the New York Rangers. The Stars have still won three of their previous five games.

The Dallas Stars are 30-18-5 on the season and are third in the Central Division. The Stars are led offensively by their star Center, Tyler Seguin, who has 39 points on the season so far. The Stars struggle on the offensive end, only ranking 26th in the NHL in goals, but have had one of the NHL's best defense, only allowing 134 goals this season, but have given up seven goals in their last two games.