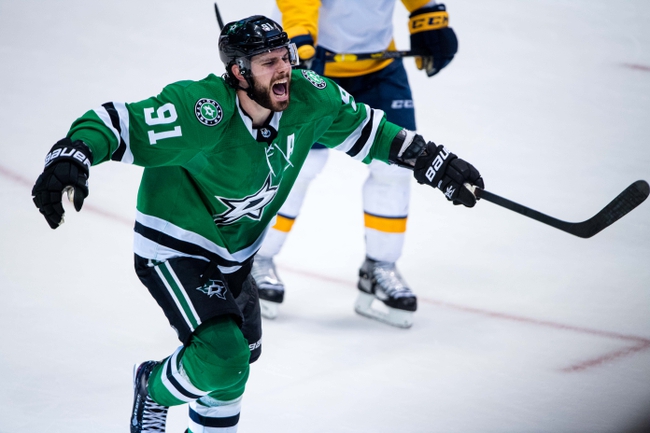 On Wednesday, the Nashville Predators head to the Cotton Bowl in Dallas, Texas on the first day of the new year for the Winter Classic game against the Stars in game between two teams from the Central Division.  Nashville enters the game against Dallas after losing their last game by the score of 6-4 against the Pittsburgh Penguins.  Nashville received goals from Viktor Arvidsson, Craig Smith and 2 goals from Mikael Granlund in the loss. Both of Nashville’s goalies saw action in the game against the Penguins as Pekka Rinne allowed 2 goals on 27 shots while Juuse Saros allowed 3 goals on 8 shots.

After their loss against the Penguins, the Predators record on the season is 18-14-6, good enough for 6th place in the Central Division. Nashville’s points leader is Roman Josi who has 39 points on the season. Josi also leads Nashville in goals with 14 on the season, including 4 coming while on the power play.  Josi is also Nashville’s leader in assists with 25 on the year. Goalie Pekka Rinne is 13-7-3 on the season and has recorded 3 shutouts and a goals against average of 3.02.  Meanwhile, backup goalie Juuse Saros has not been as good and is 5-7-3 on the year with a goals against average of 3.23.  Nashville comes into Wednesday’s game with 2 players listed on their injury report as Colton Sissons is on injured reserve while Dan Hamhuis is listed as day to day.

The Dallas Stars welcome the Nashville Predators to the Cotton Bowl on Wednesday after winning their last game by the score of 4-2 against the Arizona Coyotes.  Dallas received goals from Jamie Benn, Alexander Radulov, Roope Hintz and Mattias Janmark in the win.  Stars goalie Anton Khudobin got the start in net for Dallas and recorded the win, making saves on 33 of the 35 Arizona shots on the night.

With the win against Arizona, the Stars are now 22-14-4 on the season which is good enough for Dallas to be in 3rd place in the Central Division. Tyler Seguin leads Dallas in points with 32 and assists with 21 on the year. Roope Hintz leads the Stars in goals with 13 on the season including 1 on the power play. Goalie Ben Bishop is currently 13-9-3 with 1 shutout and a goals against average of 2.34.  Backup goalie Anton Khudobin is 9-5-1 with a goals against average of 2.29. The Stars come into Wednesday’s game with a clean bill of health as they do not have any players listed on their injury report.

The Nashville Predators have scored an average of 3.45 goals per game this season while allowing 3.29 goals per game.  The Dallas Stars have scored 2.63 goals per game this year while allowing 2.48 goals per game.  In their last 5 games, the Predators are 2-3 while the Stars are 3-2.  The Stars won the first game of the season between these two teams by the score of 4-1 in a game played in Nashville.  The total score has gone over in 6 of Nashville’s last 7 games and in 4 of Dallas’s last 5 games.  The score has also gone over in 7 of Nashville’s last 9 games against Dallas.  I am going with the Stars this one as they are 5-1 in their last 6 games against the Predators.  Dallas wins this one 4-3.