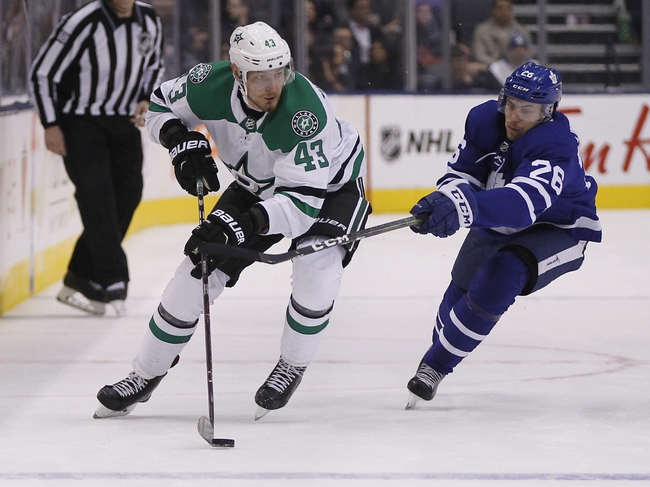 The Toronto Maple Leafs go to Dallas, Texas to take on the Dallas Stars at the American Airlines Center on Wednesday. The Maple Leafs are coming off of a win over the Nashville Predators, snapping a two-game losing streak. The Maple Leafs have lost three of their last five games. Toronto has given up 22 goals in their previous five games, as their defense continues to struggle.

The Maple Leafs have slipped recently but still find themselves fourth in the Atlantic Division. The Maple Leafs have a ton of talent on their roster as they have two players selected to the NHL All-Star Game, Auston Matthews and Goalie Frederik Anderson. Matthews has helped the Maple Leafs become the most prolific offense in the NHL at the moment, with the most goals this season with 180. However, the Maple Leafs have one of the worst defenses in the league and need to improve their defense to become an elite side.

The Dallas Stars are coming off of two-game losing streak, as the Stars have lost to the Buffalo Sabres and the Minnesota Wild in their last game. The Stars' loss to the Stars was quite the loss as they were defeated by a score of 7-0 to Minnesota, playing maybe the worst game the Stars have played all season.

The Dallas Stars are 28-17-4 on the season and are third in the Central Division. The Stars are led offensively by their star Center, Tyler Seguin, who has 37 points on the season so far. The Stars struggle on the offensive end, only ranking 28th in the NHL in goals, but have had the NHL's best defense, only allowing 120 goals this season.

This is one of the most interesting matchups of the week, and the game pits the best offense versus the best defense. It is the story of the unstoppable force versus the immovable object. However, both teams have very clear flaws as the Dallas Stars struggled to score, while the Toronto Maple Leafs allow way too many goals. This game is going to be close, but I think that the Dallas Stars have enough ability on offense to score and keep the Toronto Maple Leafs contained for the game and win a very tight matchup. Final Score Prediction, Dallas Stars win 4-3.