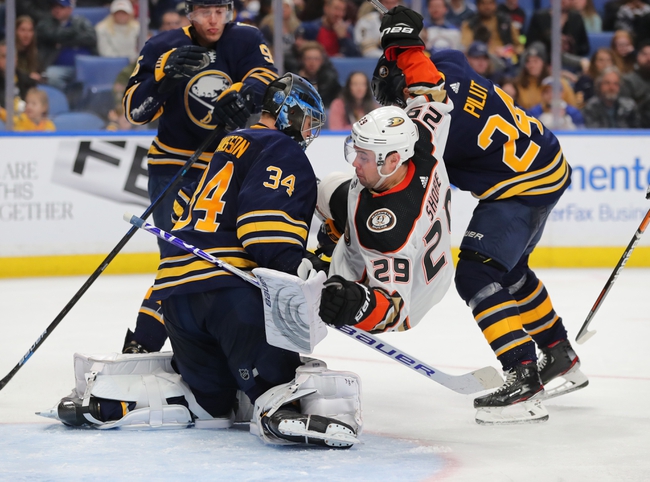 The Buffalo Sabres come into this matchup with a 24-24-8 record, and they will be looking to rebound after dropping their recent home game against the Anaheim Ducks, 3-2. Johan Larsson and Rasmus Dahlin had a productive game for the Sabres as they each recorded a goal. Jack Eichel, Jimmy Vessy, and Scott Wilson were able to add to their point total by recording an assist. The Buffalo Sabre edged out the Anaheim Ducks in the shot department (33-28).

The Buffalo Sabres struggled at keeping the Anaheim Ducks off the scoreboard as they allowed them to score 3 goals on 28 shots. The Sabres starting goaltender Jonas Johansson struggled in the crease as he recorded 25 saves which pushed his season save percentage to .886 and GAA to 2.58. The Buffalo Sabres were even with the Anaheim Ducks in the faceoff circle (24-24).

The Buffalo Sabres have not had an ideal season as they rank towards the bottom of the Eastern Conference with 56 points, but they will have a chance to get back on track against the worst team in the NHL as the Detroit Red Wings only have 32 points. The Buffalo Sabres have one of the best players in the league with Jack Eichel, and he has been one of the only consistent pieces for this team as he has 69 points which ranks 6th in the NHL. The Detroit Red Wings are expected to start Jonathan Bernier who has been the better goalie this season as he is posting a GAA of 2.82, but they are the worst in the NHL at scoring goals as they average 2.02 goals per game, and they won’t have enough to match the Sabres on the road.