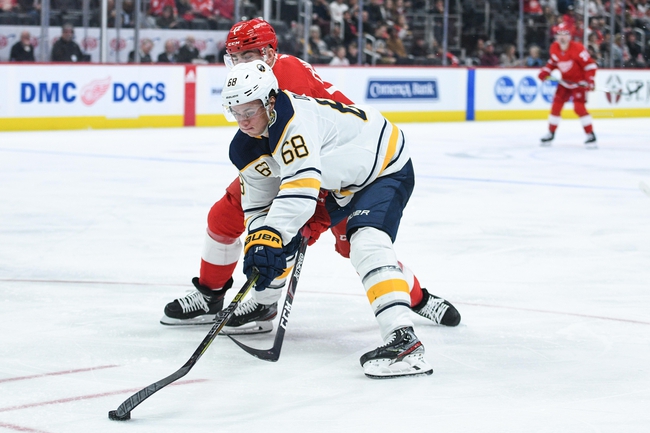 The Buffalo Sabres go to the Little Caesars Arena in Detroit, Michigan, to face off against the Detroit Red Wings on Sunday. The Buffalo Sabres are coming off of a loss to the St. Louis Blues, snapped a two-game winning streak for the Sabres.

The Buffalo Sabres are 19-18-7 on the season. The Sabres are sixth in the Atlantic Division with 45 points so far. Jack Eichel leads the team in points, goals, and assists for the team, which has propelled him to an NHL All-Star Game selection. The Sabres also have a decent defense, ranking 17th in the NHL in goals allowed, but need to generate more offense going forward.

The Detroit Red Wings are coming off of a two-game winning streak, which is some of the best hockey the Red Wings have played this season. The Red Wings have defeated the Montreal Canadiens and the Ottawa Senators in their win streak and have won three of their last five,

In just about every game, it should be predicted that the Detroit Red Wings will not win until they can show that they are a different team. A two-game winning streak is not enough for me to think that the Red Wings have turned it around, but a few more wins in a row and that perception might change. However, with Buffalo's defense and their ability to at least score much more than Detroit, I think the Sabres leave Detroit with the victory. Final Score Prediction, Buffalo Sabres win 3-2.