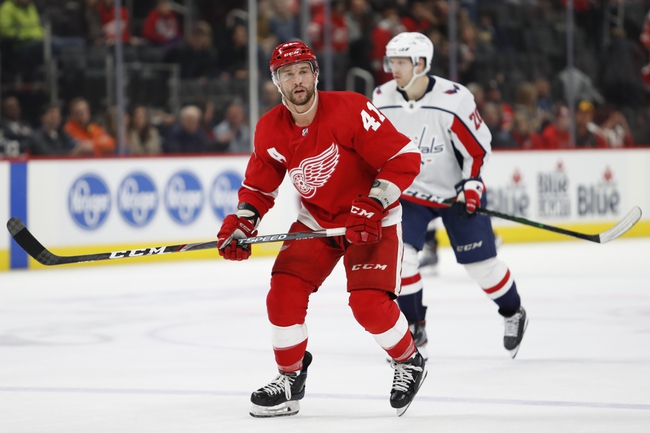 The New York Islanders go head to head with the Detroit Red Wings on Monday in Detroit, Michigan at the Little Caesars Arena. The Islanders are coming off of a 2-0 victory over the Columbus Blue Jackets that saw Mathew Barzal earn another goal, notching his tenth goal on the season and his 21 and 22nd points on the season.

The Red Wings are coming off of a nine game losing streak. Detroit just lost to the Washington Capitals 5-2, once again putting a disappointing performance for a fanbase that expects success in Detroit.

The Red Wings have not played well this season at all, currently in last place with 17 points and a 7-19-3 record. On top of the disappointment, the Red Wings are without their leading points getter and goal scorer Anthony Mantha, who is currently on injured reserve after a knee collision against New Jersey. The season doesn’t seem like it will be getting any easier for the Red Wings.

With the way that Detroit is playing, it’s just too tough to see any other outcome but an Islanders win. That isn’t to take anything away from New York as they are a very good and it may be a blow out if New York are playing like they typically do. Final Score Prediction, NY Islanders win 4-1.