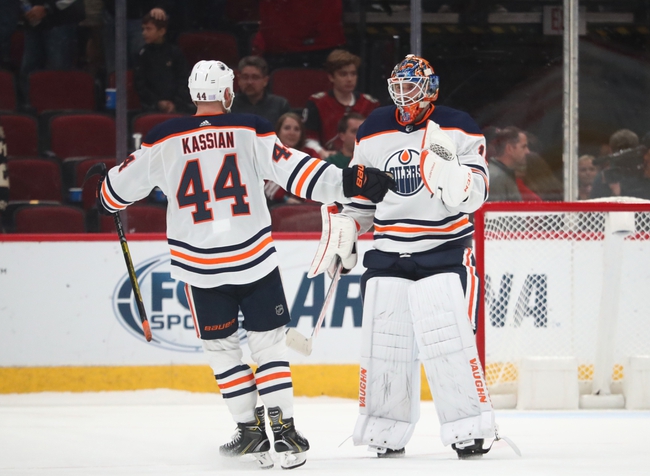 The Arizona Coyotes are coming off of a four-game winning streak, defeating the Florida Panthers, St. Louis Blues, Anaheim Ducks, and the Philadelphia Flyers.

Arizona is 26-19-4 on the season, and have an excellent record on the road, being 14-9-3. Much of their success has to do with their goalkeeper Darcy Kuemper, who had the best goals allowed average in all of the NHL before the game against Minnesota. However, Kuemper will be out with an injury at the moment, and now the Coyotes will have to improve their defense to make sure they do not start leaking goals. Since Kuemper has been out, Arizona has been inconsistent.

Edmonton is coming off of a win over the Nashville Predators, taking the lead in the second period and never looking back. The Oilers have won four of their last five games, defeating the Montreal Canadiens, Toronto Maple Leafs, and the Boston Bruins as well as the Predators in their previous five games.

The Edmonton Oilers are 25-18-5 on the season and are fifth in the Pacific Division at the moment. They do have Conner McDavid, who is one of the best in the league, and McDavid has helped the Oilers bounce back from going down the standings. McDavid was selected to the NHL All-Star Game this year. McDavid leads all of the NHL in points, scoring 74 points so far this season.

Though the Arizona Coyotes have had a terrific season, they are on a bit of a skid in their last five games and need to have a bounce-back game or two. I don't think running into the Edmonton Oilers is the type of game that the Coyotes would want right now while they're trying to get back into a groove. I think the Oilers will exploit the Coyotes mistakes that they've made recently, and come out with a victory at home. Final Score Prediction, Edmonton Oilers win 4-2.