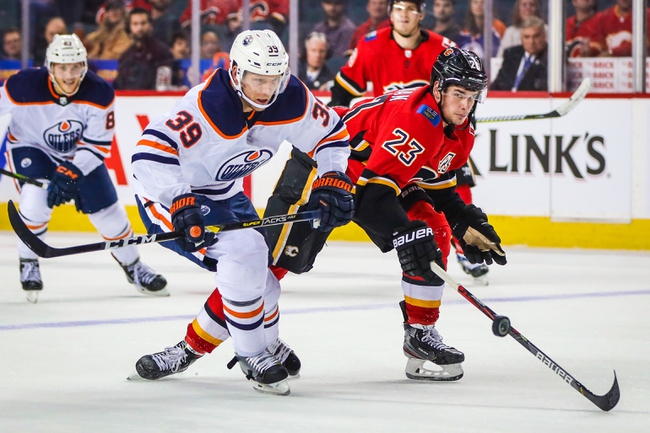 The Calgary Flames go to Edmonton, Canada, to take on the Edmonton Oilers on Friday at the Rogers Place. The Calgary Flames are coming off a shutout loss to the Minnesota Wild as the Flames could not generate much offense to combat what the Wild were doing all games. The Wild have only won one game in their last five, as their victory over the Dallas Stars snapped a three-game the Flames were on. In their previous five games, the Flames have been shutout two different times.

The Flames are 19-15-5 on the season and are fourth in the Pacific Division with 44 points so far. However, a win over the Edmonton Oilers will see the Flames jump Edmonton in the division and put them in third place.

The Edmonton Oilers Are coming off of a 4-2 loss to the Vancouver Canucks. The Lost gave the Oilers their third defeat in their last five games.

The Edmonton Oilers certainly are not playing their best hockey at the moment, as just recently, they were top of their division, and now they are third in the Pacific Division at the moment. They do have Conner McDavid, who is one of the best in the league, but recently, he hasn’t been enough to get the Oilers wins.

There will be a lot to play for in this matchup. Not only is this game the first matchup between the two teams, but whoever wins this game will lead the other in the division. The Edmonton Oilers have been slightly better on offense, while Calgary has a slight edge on defense. However, I think the Oilers have just been dealing with a skid, and they are better than how they have played. The Flames have also struggled against in Edmonton lately, as the Flames are 1-5 in the last six meetings in Edmonton. I think Edmonton win here. Final Score Prediction, Edmonton Oilers win 4-2.