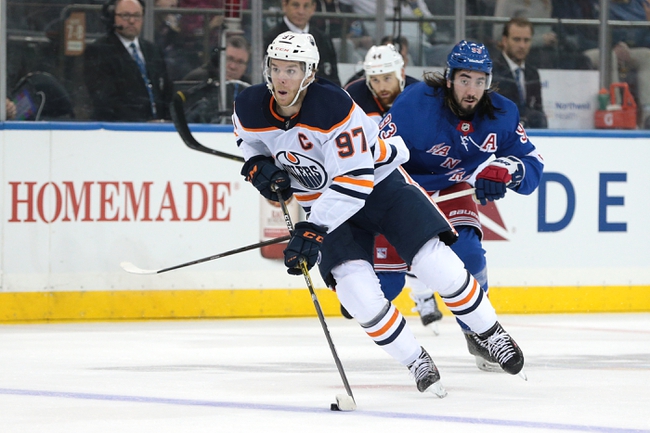 The Philadelphia Flyers were solid in keeping the Vancouver Canucks off the scoreboard as they held them to 2 goals on 24 shots. The Flyers starting goaltender Carter Hart had a good game in the crease as he recorded 22 saves which pushed his season save percentage to .938 and GAA to 1.62. The Philadelphia Flyers were dominated by the Vancouver Canucks in the faceoff circle, 34-27.

The Edmonton Oilers struggled in keeping the Chicago Blackhawks off the scoreboard as they allowed them to score 3 goals on 35 shots. The Oilers starting goaltender Mike Smith was good in the crease as he recorded 32 saves which pushed his season save percentage to .917 and GAA to 2.51. The Edmonton Oilers edged out the Chicago Blackhawks in the faceoff circle, 29-27.

The Edmonton Oilers have gotten off to an impressive start to the season as they have won 5 of their first 6 games, and they should continue their success here at home. The Oilers have received an abundance of points from Leon Draisaitl and Connor McDavid as they have combined for 24 points, and they should be able to tally some more points. The Edmonton Oilers hold the advantage in the crease with Mike Smith, and the Oilers will give him enough goal support to pull out the win on their home ice.