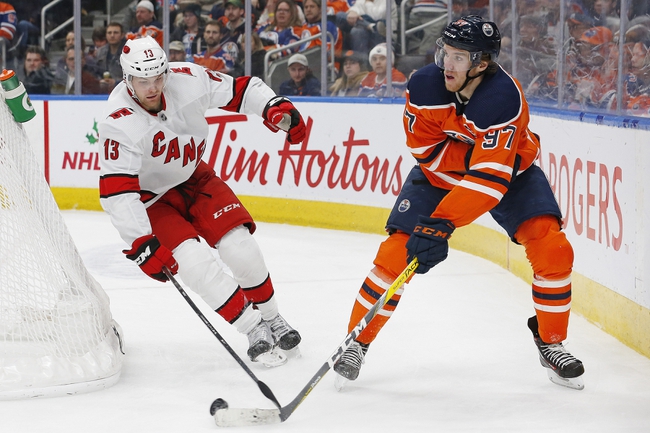 The Toronto Maple Leafs 15 - 13 - 4 on the season and fifth place in the Atlantic Division. Toronto is lead by Auston Matthews, who leads the team in points and goals this season.

The Oilers are also playing two games in three days, so they will not have rest as well. Oilers have lost their last two games, falling to the Buffalo Sabers in an overtime loss before being destroyed by the Carolina Hurricanes 6-3.

The Edmonton Oilers are 18-11-4 on the season and still remain at the top of the Pacific Division. Oilers and proven to be a good defensive team, allowing less than three goals per game. However, the Oilers still need to score more,  Which may be a little odd when they have the leading points that are on their team in Connor McDavid. McDavid has 55 points on the season, but the Oilers need to rely on different people and get more players in two scoring positions than just McDavid.

This game will be a fun matchup between Auston Matthews and Connor McDavid. Both young players are the best players, and leaders of their teams. However, as good as Matthews’ is, Connor McDavid is on another level. I think the matchup will come down to who has the better players, and Edmonton will have that advantage and is going to win this one. Final score prediction, Edmonton Oilers win 5-3.