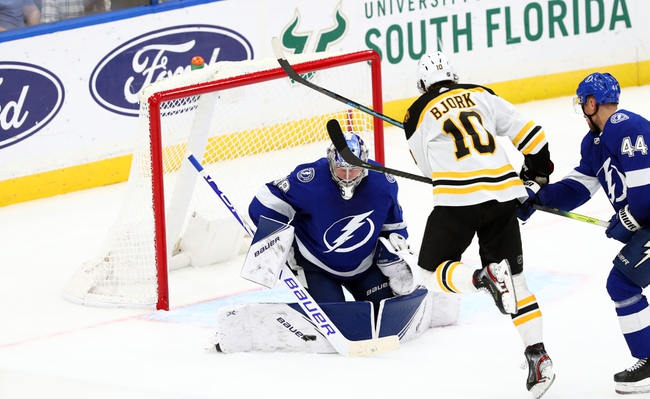 The Boston Bruins are headed to Sunrise, Florida to take on the Florida Panthers at the BB&T Center on Saturday. The Boston Bruins are currently playing some of their worst hockey of the entire year, as they are there currently on a four-game losing streak before their Florida run, playing Tampa Bay on Thursday before taking on the Panthers on Saturday. In the losing skid, the Bruins have given up at least three goals in each game.

Bruins are 20-5-6 on the season and remain at number one in the Atlantic Division. The Boston Bruins, despite their uncharacteristic run of bad form at the moment, are one of the best hockey teams in the NHL. They have the likes of Brad Marchand, who leads the team in points and has had one of the best seasons in all of the NHL.

The Florida Panthers are coming off of a 2-1 loss to the Tampa Bay Lightning. Despite the loss, the Panthers have won three of their last five games.

The Panthers have no issues scoring goals, as they rank fourth in the NHL in goals per game with 3.43. However, just as good as they are on the offensive end, they are as bad on the defensive end, allowing the fourth-most goals per game, with 3.27. The Panthers’ formula of out-scouring the opponents has worked relatively well, resulting in a 15-10-5 record. However, a better defense would make Florida a true challenger in the NHL.

It will be interesting to see if the Boston Bruins can turn it around after their skid that is uncharacteristic of the Bruins. The Panthers are a good team, but their defense just allows too many goals to beat a high-powered Boston offense. Final score prediction, Boston Bruins win 5-3.