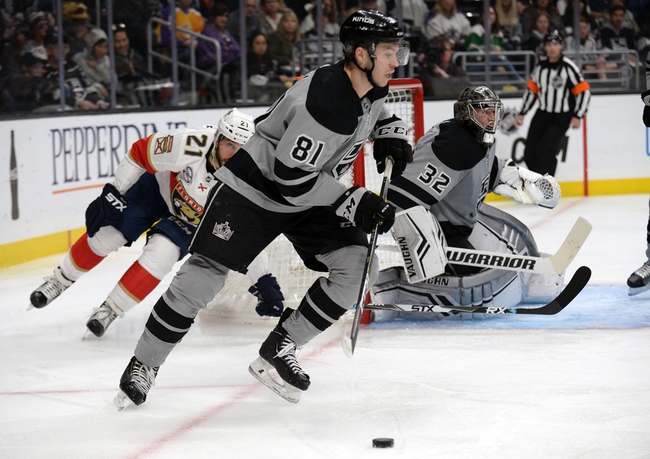 The Kings are out of the basement and that has a lot of the Kings fans cheering this year. The Kings are sitting on an 18-25-5 record this year. That type of record has the Kings sitting 2 points over the Ducks on the year. The last game, though, was another loss for the Kings by a 4-3 margin to the Lightning.

The Kings offense has been very weak on the scoring side of the puck with only 2.51 goals a game. The defense for the Kings has given up 3.09 goals a game. The Kings power play is sitting at 15.1% on the year and the penalty kill for Los Angeles has been decent at 75% killed off.

The Florida Panthers are coming into the game here with a 24-16-5 record on the year so far. The Panthers this year have looked impressive at times and are only 13 points out of first place. The last game on the ice for the Panthers was a 8-4 win over the Toronto Maple Leafs.

One aspect of play that has to improve for the Panthers to be considered a true threat is the defense. The defense for Florida is giving up 3.31 goals a game, but the offense is among the best in the NHL with 3.62 goals a game being scored. When it comes to the power play the Panthers have converted this year at 23.4% on the year and the penalty kill is sitting at 78.8% on the year.

The Kings are playing very weak this year on the offensive side of the puck. However, the Kings are going to light the scoreboard up quite a bit in this game as the Panthers defense is simply pathetic and unable to really stop anyone from scoring. Look for the Kings, though, to have some issues in stopping the Panthers offense in what ends up being a high scoring game here. Final Score Prediction, Florida Panthers win 5-4.