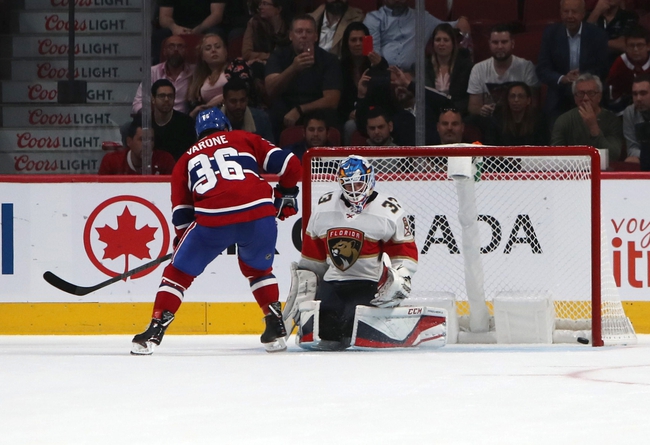 The Canadiens are coming off of a loss to the Edmonton Oilers after coming back in the game before giving up a third-period goal to lose to the Oilers. The Canadiens have still won three of their last five games. However, one of their losses was against a terrible Detroit Red Wings team, which can be concerning for the Canadiens.

The Canadiens are 18-13-6 on the season, and third in the Atlantic Division, falling from the third place just two games ago. Montreal can score well, scoring the 11th most goals per game but need to tighten up their defense as they allow the tenth most goals per game. That rate is getting better but still not where the Canadiens will want it to be if they're going to contend in the playoffs.

The Florida Panthers have a record of 18 - 13 - 5 on the season and 41 points in total, making them fourth in the Atlantic Division at the moment. The Panthers have jumped from sixth place to fourth place since going on the winning streak.

Both teams have had very similar seasons, and a win can create separation for Montreal between third and fourth place, or the Panthers can jump Montreal in the standings with a win here. The Panthers do have an advantage in this game as they are the home team, the home team is 6-2 in the last eight meetings, and I think that will be the main reason that the Florida Panthers leave with the victory. Final Score Prediction, Florida Panthers 3-2.