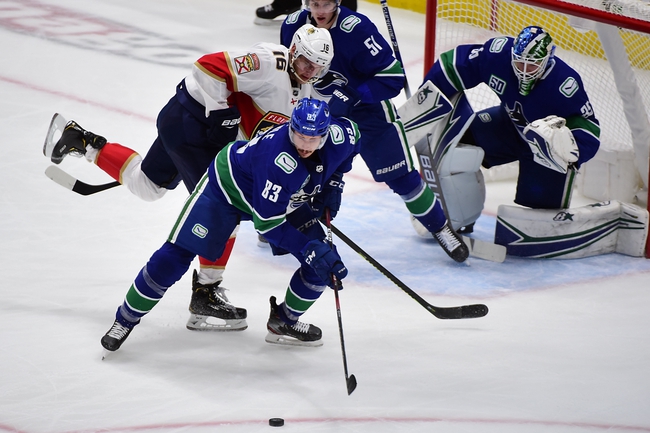 Vancouver is 23-16-4 on the season, and have primarily had the good record they have due to their offense, finding ways to score in bunches. Their leading goal scorer Elias Patterson leads the team in 17 goals and also leads the team in points with 39. The Canucks have scored 140 goals this season, which is the eleventh in the NHL and has given up 133 goals, which is 14th-fewest in the NHL.

The Florida Panthers are coming off of a loss to the Arizona Coyotes. The Coyotes are an excellent team, and a loss is not too bad of a look. However, the Coyotes have only won two of their last five games, which is concerning.

Both teams are coming off losses that are understandable, and likely won't hurt them too much. However, I do not think that the Vancouver Canucks loss is indicative of how they played this season. I think the Canucks just ran into a buzzsaw that is the Tampa Bay Lightning, and that they are still one of the best team of the last month in the NHL. I think that they will prove that in this game against the Florida Panthers, and have a convincing win. Final Score Prediction, Vancouver Canucks win 5-2.