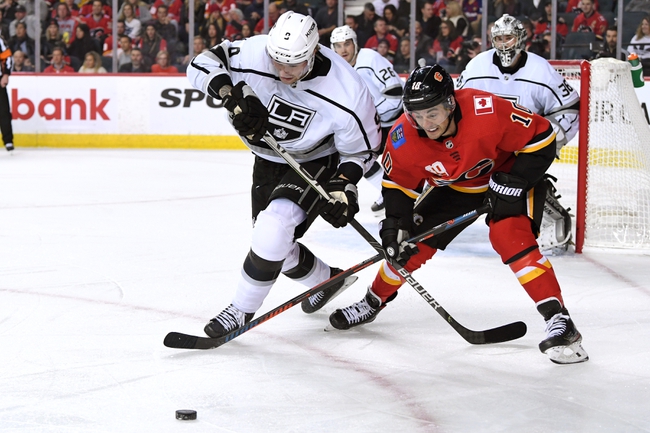 The Calgary Flames go to Los Angeles, California, to take on the Los Angeles Kings on Wednesday at the Staples Center. The Calgary Flames are coming off of a two-game winning streak, defeating the San Jose Sharks and their last game. The Flames also defeated the Vancouver Canucks by the same score they defeated the Sharks by, 6-2. The win snapped a three-game losing streak that the Flames were on.

The Calgary Flames are 29-22-6 and currently sit at fourth in the Pacific Division. The Flames are 15-12-2 on the road. The Flames do not have a great offense as they have only generated the 23rd most amount of goals in the league this season, but they do have a decent defense as they rank 15th in goals allowed this season.

The Kings are coming off of a five-game losing streak, losing to the Anaheim Ducks, Washington Capitals, New York Islanders, and losing both of their back to backs, losing to the New Jersey Devils and the New York Rangers in their last game.

The Kings are 19-33-5 on the season and are in the last place in the Pacific Division. The Kings are one of the worst teams in all of the NHL, struggling on both sides of the ice. Los Angeles is 30th in the NHL in goals scored and 29th in goals allowed.

This is a matchup of two teams going in completely different directions, as the Calgary Flames have been decent this season, but look to be improving at the moment, while the Los Angeles Kings have been an atrocious hockey team this year and continue to fall in important games. I think that the Kings are on too much of a cold streak that I just cannot see them winning this game, and I think the Calgary Flames win this one easily. Final Score Prediction, Calgary Flames win 3-0.