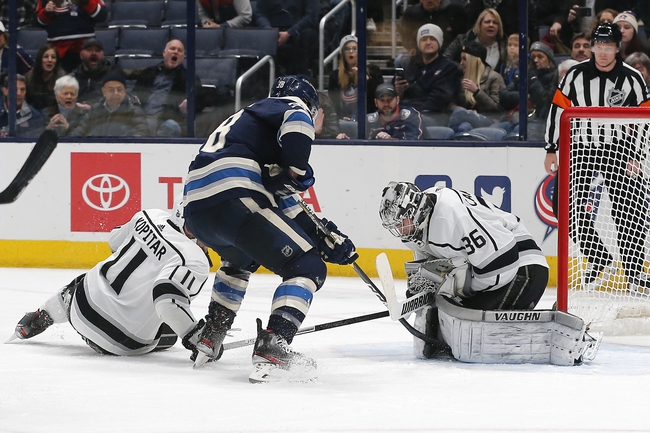 The Columbus Blue Jackets go west to Los Angeles, California, to take on the Los Angeles Kings at the Staples Center on Monday. The Blue Jackets are coming off of a loss to the San Jose Sharks, snapping a two-game winning streak that the Blue Jackets were on, defeating the Florida Panthers and the Boston Bruins, respectively.

The Blue Jackets are currently 19-15-8 on the season and are in the sixth spot in the Metropolitan Division. The Blue Jackets have played some of their best hockey in the last month, even going on a five-game winning streak. This month the Blue Jackets have been able to find goals, but they are also defending very well. If the Jackets do not let that skid get in their head, they can recover from a poor start to the season.

The Kings are coming off of a loss to the Nashville Predators. The Kings have lost three out of their last five games.

The Los Angeles Kings are 17-22-4 on the season and are finding it difficult to find a rhythm on offense as Los Angeles only scores 2.56 goals per game. The defense hasn't always been there this season as the Kings, on average, give up 3.14 per game, which is the 21st in the NHL. Anze Kopitar leads the team in all major offensive categories with the most points, goals, and assists.